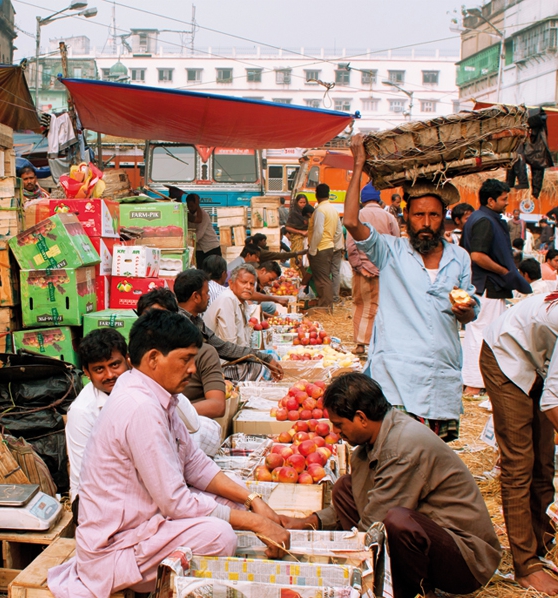 Subsequent to the withdrawal of American troops from Afghanistan and the take-over by the Taliban, people have looked at what awaits the country in various areas of life. While the conventional media has focused on law enforcement and human (women) rights, it appears very little attention has been paid to the country’s economy.

Afghanistan is endowed with an untapped mineral worth $1 trillion. Nevertheless, the fragile economy faces 23% unemployment pushing half of its population below the poverty line. Many unemployed Afghans are left with no other choice except to join foreign-funded militants and criminal groups or get involved in smuggling.

In 2019, Afghanistan produced 984 tonnes of grapes and became the 18th largest producer in the world. Not only this, but it produces wheat, potato, watermelon, and rice as well. However, due to economic deprivation and weak governments in the past, agriculture production has not been sufficient per its full potential.

During the 20 years rule of NATO-backed democracy in Afghanistan, the upward economic move was from $4 Billion to $20.5 billion. However, the country remained mainly dependent upon foreign aid. Thus, a significant portion of the GDP was based on aid. The economy of Afghanistan has been getting to shrink since 2009 when foreign troops began leaving the country, and consequently, foreign aid started decreasing.

The central bank of Afghanistan, Da Afghanistan Bank (DAB), held a total of $9 billion one day before the Taliban took over Kabul. Right now, the Taliban are holding less than 0.1% of this amount in their control. USA, IMF, and World Bank froze all the assets owned by Afghanistan as a state.

Due to political instability, the absence of strong institutions, and lacking property rights, the private sector could not grow.

From 2001 to 2021, only the health sector, education sector, and telecommunication sector improved in Afghanistan. Throughout this period, school enrollment increased, infant mortality rate reduced, and mobile users have increased significantly. It is also noticeable that the fertility rate, which declined from 7.5 to 4.5.

Since August 15, 2021, Afghanistan has been ruled by the Taliban, a militant group that is an offshoot of fighters that struggled against the Russian invasion and has campaigned for the rule of Shariah during then American-led NATO era. Currently, the biggest challenge for this new regime is the crippling economic situation.

Taliban might have “won the war” and taken Kabul back, but the next challenge is for the group is a brutal economic war. The IMF and other donors are no longer interested in Kabul as the country no longer remains a part of the international banking system.

Before the Taliban rule, at least 75% of public spending was covered by foreign aid. Now there are reports in media that Afghan citizens are waiting in long queues in front of banks and ATMs which are releasing small amounts. The Taliban government is facing a challenge in paying salaries to the government employees for rendering their services in security, education, health sector, etc.

Though with the help of foreign aid in Afghanistan, infrastructure has been improved many folds, little private businesses and lack of investment may cripple the Taliban to cope with the hardships in delivering services without any prior income. The ease of doing business index has not improved much during NATO-backed rule in Afghanistan. Consequently, income sources for the Taliban government are unsustainable. The only option that the Afghan government can opt for is foreign aid. Interestingly, this foreign aid will not be given without assurance by the Taliban government to accept the global agenda on “counter-terrorism”, “gender inequality”, and “human rights” development.

Ultimately to rescue the shattered economy of Afghanistan, the Taliban must focus on rebuilding the economy from scrap. Trust is the most important thing for investors and consumers alike. Therefore, the Taliban must improve trust level to its fullest. When the economy gets some pace, security and property rights are essential for real business estate for the growth in the country. Thus, it seems only a buoyant international trade can rescue the crumbling economy. For this reason, Taliban-led Afghanistan may need to build good diplomatic ties with Iran, China, Pakistan, Azerbaijan, and Turkey.

Etiketler : An Overview of Afghanistan Economy and The Troubles Awaiting Taliban
Önceki Haber

A desire for the distant seas... (How to live a purposeful life)

Who was Dr. Abdul Qadeer Khan, the “father of Pakistan’s nuclear program”?