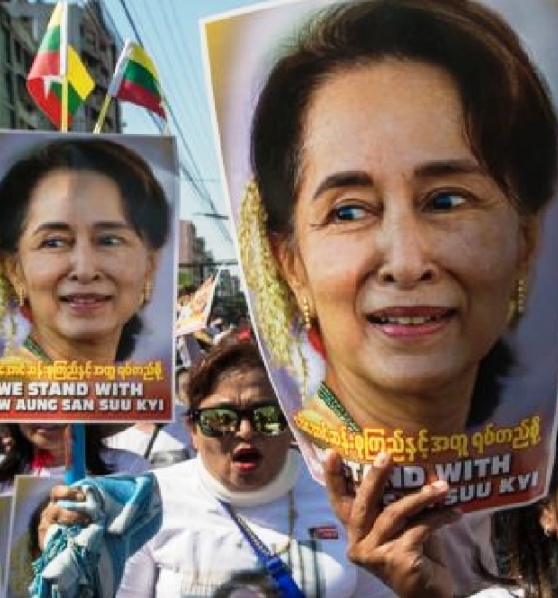 After the Taliban takeover of Afghanistan in August, the term “shariah” which represents Islamic law gained an unprecedented popularity. People searched the word to the extent that Google Trends showed it to be the peak of such search. Contrary to an expected increased understanding of the term, it appears that the shariah, like many other concepts in Islam, only get more controversial and misconcepted. This incoherent cause-effect rule is due to some factors which includes these six:

“We want the shariah” or “we will bring the shariah,” says the Muslim who does not know the rulings of the shariah on himself, as a father, a husband, or a son. Muslims are always fond of the term, but they are not familiar with how it operates. This leads many overzealous “students of knowledge” in some places to pursue some forms of utopian state without no concrete plan on living.

It is indeed a great thing to learn about Islam, work with it, and call others to it. However, when emotions and poor judgments overshadow one’s knowledge, overzealousness comes to light. Islam is indeed a religion of balance. Its legal system, the shariah, is by consensus built on a set of exceptional principles that protects five things: faith, life, lineage, intellect, and properties. Thus, every law enacted within the shariah fits into these principles. However, like any other legal system, it requires the service of experts. But then, we have got a lot of overzealous people who would love to interpret the law without adequate expertise or without being patient enough to weigh options. Thus, the mistakes of these overzealous crops can sometimes create dissonance even in the minds of Muslims.

The mistake of the overzealous Muslims does not only field the anti-Islam rhetoric but also leads to the next point, Muslims’ quick and uninformed defence.

“No! this is not the shariah” is a statement familiar to most social media users. Some Muslims say this while they are trying to clarify the acts of others, which they deem not to be in agreement with the shariah.  Amazingly, this innocent defence of Islam has rather brought about more obscurity to the Islamic law than it has clarified anything.

Quick and uninformed defence is mostly broad statements, and unfortunately, most times use liberal ideologies as scale. Yes, the enthusiasm plus ignorance of some Muslims might lead them to misapply some elements of the shariah. However, this is not enough to take that element out of the shariah. For instance, execution, with pro-life guidelines, is capital punishment in Islamic law. Thus, it may be problematic to declare execution as a non-shariah element just for distancing oneself from an illegitimate group, reported by the media to have executed a person in the name of the shariah.

Yet, no thanks to this quick assessment, “in their interpretation of the shariah” has become a common phrase. Of course, specific methodologies may be applied in the Islamic jurisdiction, but this is not to say that everyone now has their own version of the shariah.

The paradox, in this case, is that most uninformed defences are not clamouring for a correct interpretation of the shariah. They are rather trying to harmonize the shariah with individuals’ thoughts. But then, in the end, one asks, “if this and this are not shariah, what then is shariah?” Unfortunately, people who engage in such defence are incapable of explaining essential elements of the shariah.

One of the most dynamic features of Islamic law is that it accommodates its Muslims’ cultures if they do not contradict its principles. The Arabs, Persians, Turks, and other nations in Africa and Asia who have embraced Islam for centuries may find it difficult to distinguish between shariah legal sanctions and cultural norms. Thus, in the face of this cultural cluster, some Muslims tend to defend or generally apply cultural norms, mistaking them as a divine sanction.

Like the overzealous students of knowledge, Muslims who mistake culture for the shariah has caused more harm than benefits to Islamic law and Muslims.

Priming is a phenomenon whereby exposure to one stimulus influences the response to a subsequent stimulus without conscious guidance or intention. In the case of the shariah, the images and slogans people are fed with have made even the most devoted Muslims develop some irregular association about it.

Think about “democracy”. What ran through your mind? Freedom? Liberation? Peace? Consensus? Yes, these are true about some democracies, and not most of them. However, these, not violent protests, parliament scandals, or prison terms, are images used to promote democracy.

Now think about the shariah? What scenes come to mind? Freedom? Liberation? Equity? Maybe to the mind of very few Muslims because negativities associated with the shariah have subconsciously been pinned to our minds.  Starting from the medieval era, Islam has been under the influence of negative priming in the West, and the anti-Islamic mainstream media had complicated this the more. Such that a term like shariah will only provoke some horrible images in the mind of most people. When one thinks of shariah, one sees violence, misandry, sexual abuse, among other things prohibited in the shariah itself. Unfortunately, these images keep the mind occupied and prevent it from critically thinking out and appreciating all the shariah represents. Its just economic system, collective social system, legal system, and devoted political system are left out of the picture.

Gut-level feelings powerfully influence how we appreciate the evidence and view realities. Understanding shariah may be somewhat complex for many people who already have ill feelings towards Islam. Sometimes, clear evidence, statistics and brilliant analysis may not be powerful enough to conquer prejudice.

People with “sickness in their hearts” will likely neither mind your long hour discourse on Islamic economic framework pages of information on its civil legal provisions. They are bent on listening to how shariah is “uncivil” and would happily read and mock its penal code or capital punishment without examining its process and benefits. This set is always influenced by confirmation bias, a psychological phenomenon where someone prefers information consistent with a preconception rather than information that challenges it. Thus, instead of any legitimate Muslim country that maintain social orders with shariah, they prefer distorted facts that appeal to their narrations. Little wonder they focus on short-termed illegitimate states created by some Muslims committing crimes in the name of Islam.

It is true that some people are interested in knowing about the shariah and are ready to clear their misconceptions. However, their partial examination of the shariah always stands in their way. They never give it a holistic view, and they look at one aspect of it and abandon the other. For instance, they try to wonder about the Islamic inheritance law, which seems to favour the male gender but never think about how men are obliged to provide for their female relatives, which put the women at an advantage in the long run. At the same time, when considering the sternness of some of the shariah penal codes, they forget to evaluate shariah apparatus that reduces the crimes to a bare minimum and how the punishments are atonement for sins.

Conclusively, it is possible to say that misconceptions about the shariah are multidimensional. It does not only originate from the media or the non-Muslims. In fact, the mistakes of Muslims cause some of the problems. Thus, we need to be cautious of how we conceive the shariah and present it. Speaking and acting without knowledge should be avoided.

As for the non-Muslims and those who try to learn the shariah, it is essential to know that this is a set of legal codes, just like other legal systems that seek to promote justice and welfare. It is far beyond executions or amputations, as the American constitution is far beyond electrocution. An open-minded study of the shariah makes one appreciate the message of Islam and what humanity tend to benefit from it in this life and the great beyond.

Climate Changes and Global Warming: To What Extent can the Planet Withstand?

COVID-19: Not The First Time We Would be Held Hostage