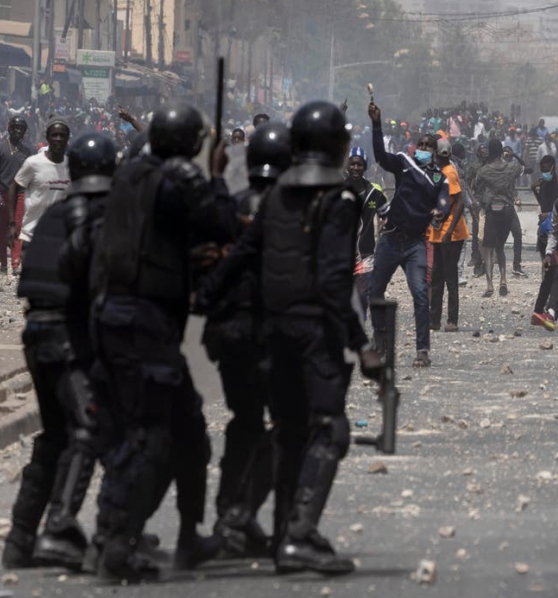 (Translated from Turkish by Fahd Ali)

Recently, the media is 24/7 focused on Russia's invasion of Ukraine, a country it sees as an integral part of its history and defense strategy. The current conflict is at the top of the international agenda. Russia views Ukraine's prospective NATO membership, which is at the heart of the current incident, as a threat to its national security. Thus, as  it stands, Russia appears to have no intention of allowing Ukraine to join NATO under any circumstances.

Russia aspires to reclaim the former empire's glory. As a result, it has frequently pursued an aggressive policy toward neighboring countries throughout history. Russia's selfish and aggressive policies have repeatedly targeted the Balkans in the west, the Slavic peoples of Central Europe, the Khazars in the Caucasus, and the Turkish, Arab, and Iranian Muslims in the south.

This bloody and barbaric scenario has repeated itself numerous times in diverse geographies including Syria, Libya, Crimea, South Ossetia, Abkhazia, Chechnya, and Dagestan. Each time, this heinous scenario culminates in a horrifying spectacle in which Russian machines condemn the area to death and destruction.

Russian Age of Paganism and Barbarism

Until the end of the 10th century, when they converted to Orthodoxy, the Russians left little documentation of their pre-Christian past. Through this period, the Russians were a society defined by murder and bloodshed. Their society was devoid of religion and civilization. They were unable to read and possessed no cultural heritage worthy of display. The first to make reference to Russian history is a group of Muslim scholars during the Abbasid's golden age. We believe it will be beneficial to examine the information provided by Muslim historians and geographers in order to gain a better understanding of Russian history. It is worth noting that the information provided by Arab sources regarding the origins of the Russian state is prominent in ancient Russian literatures discussing Russia's history. Indeed, these sources predate all written histories of Russia.

Ignatius Krachkovsky, a leading scholar of Russian historians and orientalists, acknowledges this reality in his encyclopedic book "The History of Arab Geographical Literature." He praises the remarkable 311 AD / 922 AD journey to Russia undertaken by the Abbasid Caliph's envoy Ahmed bin Fadlan bin Hammad, who was a jurist and adventurer. This is one of the clearest indications that Ibn Fadlan's accounts that will be mentioned later is as accurate and objective as possible.

Ibn Fadlan reveals that Russian society lived in the darkness of ignorance, backwardness and paganism about a thousand years ago. He said:

"I observed the Russians trading on the Etl (Volga) river. Their bodies resembled reddish-brown palms. I've never seen anyone else with such an enviable physique. The men were dressed in a gown that covered one of their sides and had one hand protruding from the gown. Each of them held an axe, a sword, and a knife attached to his side. They had tattoos on their bodies and admitted to enjoying the art of tattooing.”

He made the following statements about Russian society for a variety of reasons, not the least of which was their disregard for cleanliness, morality, and modesty: "On a daily basis, (Russians) should wash their faces and heads with the dirtiest water possible. Because a mistress comes to her master each morning holding a large water bowl, her master washes his hands, face, and hair there. Following that, he spits into the water. His mistress uses the same water as he does, and she performs the same acts with the same filthy water.

"The Russians used to construct wooden houses that housed at least ten to twenty people. These people were always accompanied by female slaves for sale. They shared a bed and slept with these slaves without sign of awkwardness. Another notable feature of the houses is the presence of pagan idols fashioned from wooden paintings. They make offerings and present these idols with gifts in order to facilitate their trade and sales. They would bring a deceased person and a slave who had volunteered to die together, prepare a ship, and burn them both in the river".

Ibn Hawqal (d. 295), an expert geographer, also asserts in his encyclopedic work "Kitab Surat al-Ard" that the Russians murdered the Bulgarians who lived among them. They are also committed a genocide against the Slavic people who had settled along the Atel River (Volga), and reportedly engaged in fur-trading.

The Muslims' perceptions of the Russians remained largely unchanged over the next century. In the book "The Borders of the World from the East to the Maghreb" by an unknown Muslim geographer, he describes Russia as "a large country populated by people of bad character and character." And their monarch is referred to as Khaqan of the Russians. The land where they live is blessed and it is a veritable treasure trove, containing anything and everything. Among a group of them, there is chivalry. They extol the virtues of physicians and annually donate a tenth of their booty and trade to their king."

According to information obtained from geographical and historical sources, the population of Russians increased in the ninth and tenth centuries AD. During this period, the Russians were not the only people in the census. The Russian population consisted of Russian, Slavic, Finnish, and other races. In fact, this situation shows that Russians have not been a “nation-state” throughout history.

According to al-Bakri and other Muslim geographers who preceded him, the population of Russians between the fourth and tenth centuries AD was approximately a hundred thousand. Using their ships, the Russians invaded Slavic countries (Western Balkans, Slavs of Central and Northern Europe) during this period. The Belkars (Bulgarians) were subjugated and allied with the Russians. The Russians have no means of subsistence other than their swords. According to legend, the Russians are classified into three groups: the first class settled in the city of Kuyaba. (Kyiv is the capital of Ukraine today but was previously the capital of Russia.) It is a community that is more closely related to the Russians than to the Balkars (Bulgarians). The second class is another ethnic group known in Russia as Slavs. It is made up of the Ashan community.

Yakut al-Hamawi, one of the most significant geographers, described them at the beginning of the 13th century AD as follows:

"They drink wine recklessly day and night, perhaps until they die. If one of them dies, they ask the deceased's mistresses and servants: "Who will die with him?”

When we make an evaluation in the light of this information, we can say that the Russians are known as warriors, insensitive and unhesitating tribe. Islamic historical sources clearly reveal that the Russians exhibited an aggressive and expansionist policy against many tribes and communities, especially the countries in the Northern Black Sea, the pagan countries of Europe, the Muslims in the South Caucasus and Northern Iran.

Tabari reported many of the Russian attacks against Azerbaijan and Northern Iran in his history named ar-Rawdu'l-Mi'tar fi Khabari'l-Aktar.

The Islamic sources about the Southern Caucasus in the first Hijri centuries stated thus, "The Russians shed a lot of blood here. The right of women and children was violated, wealth was plundered, raids were made, and houses were burned. Nations around the Caspian Sea revolted because of these actions.

Russian attacks ruthlessly continued in the Caspian Sea, until Muslims in the Caspian Jewish kingdom in the Caucasus, AD. 4/10 had authority in this kingdom. Abu Ubayd al-Bakri, the geographer says:

"The Muslims were about fifteen thousand horsemen. The war broke out among them for three days, and Allah helped the Muslims and gave them victory. The Russians got drowned in this bloody war. About 30,000 people on the banks of the Caspian River were killed and the Russians never came back that year."

Converting to Christianity and Confronting Islam

The paganism of the Russians did not last long. At the end of the 10th century AD, they were convinced to convert to Christianity. They appreciated and accepted the delegates of the Byzantine Emperor and his priests. Since then, they have firmly adhered to Orthodox Christianity.

The striking point is that after the Russians accepted Christianity, they were in constant cooperation with Byzantium and fought against the Muslims.

The most famous of these wars in the history of Islam is the Battle of Manzikert 463 AH/1071 AD. It happened between Sultan Mujahid Alp Arslan, the commander of the Great Seljuk Empire who had 200 thousand soldiers with him, and the Byzantine Emperor IV Romanos. In this war, the Russians stood on the Byzantine side. Allah wanted the Muslims to win this war, and then the conquest of Anatolia took place. Four centuries later, the Ottoman conquest of Istanbul took place.

In the wars with Byzantium, especially the Battle of Manzikert- the mixed Muslim people and Kurdish people in Eastern Anatolia joined the soldiers of the Seljuks. Some Turkish historians, such as the famous historian Osman Turan, estimate the number of Kurds who joined the Seljuk ranks from these regions to be 20,000.

The Russians were wholeheartedly convinced to fight on the Byzantine side as to show proof of their Orthodox belief. Kamaladdin Ibnu'l-Adim, one of the historians of the Hijri seventh century stated in his famous historical literature "Bugyatu'ṭ-ṭalab fi târîḫi Ḥalab" as thus:

"Alpaslan sent pioneer forces on his arrival in Anatolia. He encountered the Crusaders with great banner in the Hallat region. There were ten thousand Russians among the Greeks under this banner. The war all started here. Allah granted victory to the Muslims. He destined that the Crusaders be defeated. Captives were taken from the army of the Crusaders. The Byzantine Emperor was captured on Wednesday, the 5th of Dhuʻl-QiʻdahIn a place called Zehra between Hallat and Manzikert. Alpaslan had 15 thousand people in his command; the crusaders were 200 thousand people."

This important historical text reveals to what extent the Russians defended the Byzantine State and Anatolian lands, and adopted anti-Islamism as part of their religious, cultural, and military strategies when they converted to Christianity. If we are going to make an assessment based on historical experiences, we can say that the Russians have always been hot-blooded and have acted with religious reflexes against the Muslims.

Etiketler : What Did the Muslims Write About Russia a Thousand Years Ago?
Önceki Haber

The Metaverse: Yet another Uncertainty