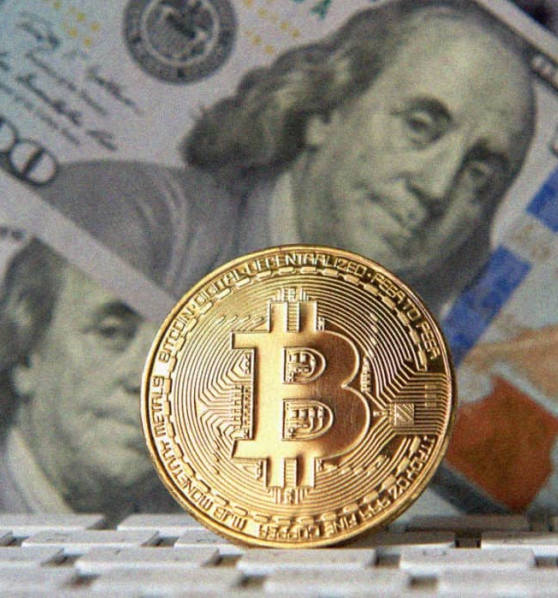 As colonial movements wane in Africa in the mid-twentieth century, indigenous Christian faithfuls who had initially accepted Christianity from missionaries begin establishing their own churches and religious groups based on Pentecostal ideologies. Pentecostals emphasise the role of the holy spirit in their everyday accomplishments and healings. Although this movement spread rapidly throughout the world, it saw a particularly rapid spread in African countries, which will face a slew of developmental challenges in the coming years. Nigeria, the continent's largest country, has an estimated 80 million Christians, the vast majority of whom are members of these indigenous mega Pentecostal churches.

Over the years, Nigerian pentecostal churches have invested in the healthcare, banking, and education sectors, leveraging their members' tithes and various contributions. It's almost as if they own the country's largest private universities. The leaders of these mega-churches were frequently chastised for flying private planes and living in luxury with church funds. However, it was only prior to the 2015 election that their place in politics became a topic of discussion. Ayo Oritejafor, president of the Christian Association of Nigeria (CAN), became a familiar face in the country's presidential villa in the run-up to the 2015 election. Indeed, four people were arrested in South Africa around same period with 9.3 million dollars to purchase ammunition using his private plane. A case, which regrettably, has not been resolved.

Another feature of the 2015 election was the fact that Goodluck Jonathan, the then-president and still a candidate, chose churches to deliver critical official briefings. On the basis of all of this, it was initially believed that the race between the two leading candidates, the PDP's Johnathan and the APC's Muhammed Buhari, would devolve into a Christian-Muslim one. Buhari, a Muslim, however, did not simply choose a Christian running mate; he chose one of the greatest pastors of the RCCG, the country's largest pentecostal church. This individual, Yemi Osinbajo, was a critical trump card in Muhammed Buhari's 2015 victory. Notably, Buhari previously ran for office alongside another pastor in a race he lost.

Let us fast forward to 2022... Following Osinbajo's announcement of his presidential candidacy for the 2023 election, numerous claims about his Christianity sidekicks and RCCGization projects began to surface in the media. So, what exactly is the RCCG church, and what does Vice President Yemi Osinbajo stand for?

In 1952, Reverend Josiah Olufemi Akindayomi established the Redeemed Christian Church of God (RCCG). Akindayomi's successor, Reverend Enoch Adejare Adeboye, has been in charge of the church since his death in 1980. Adeboye grew the church from a small group to a large congregation of churches. According to some reports, Adeoye's goal is to have a church branch in every street and a church member in every family in Nigeria. If we consider this as a metaphor, the objective has been accomplished because the churchalready has over 5 million members in Nigeria, and about 14,000 branches accross the country.   Additionally, there are hundreds of branches located in over 100 countries worldwide. All of these branches are administered from the headquarters, which spans 2500 hectares and hosts a 3-million-person camp.

The 2015 General Election and the emergence of Yemi Osinbajo

Prior to the 2015 general election, religion played a significant role in Nigeria's electoral process. However, the 2015 election demonstrated some distinctions. Due to the Boko Haram incident at the time and the decision of Buhari, who was dubbed an Islamist by the media, to run again, the debates over the candidates' religion became more serious. To shore up support for its candidate, Buhari's APC has chosen Yemi Osinbajo as its vice-presidential candidate. Osinbajo is a pastor and university lecturer who previously served as Lagos state's justice minister. The megachurch to which Osinbajo belonged wielded far too much influence in the run-up to the election. Even the fact that Buhari participated in some of the church programmes for public relations is evidence of this.

Osinbajo and the "RCCGization" of Government Agencies.

Following his declaration that he would run for President in the 2023 election, Osinbajo's old files began to be revealed, as with every candidate. It became clear how Osinbajo, who had a slightly better reputation than his boss, had been deceiving the nation. The political critic Farooq Adamu Kperogi and several Muslim individuals and groups have levelled against him serious allegations of nepotism and entryism.

Prior to relocating to Abuja, Osinbajo served as the pastor of an RCCG church branch called Olive Tree Parish. This branch is located on the edge of Banana Island, which is home to some of Africa's wealthiest men. Some of Lagos' wealthiest Christians also attend church and were instrumental in the Buhari-Osinbajo election. After Senior pastor Osinbajo was appointed vice-president, the church he led was publicly spoken of as being geared toward grooming men for leadership positions. This claim, however, cannot be far from the truth, as members of the branch are typically those with a say in government. More intriguingly, Okechukwu Enelamah, Osinbajo's successor, became the country's trade minister a few months later. Pastor Alex Ayoola Okoh, who took his place at the parish, was soon appointed director general of the Bureau of Public Enterprises (BPE), the federal agency responsible for the privatisation programme. Even more intriguing is the fact that Olukayode Pitan, who previously served as pastor of the same parish, has also been named head of the Nigerian Bank of Industry (BOI). Additionally, Osinbajo secured the appointment of RCCG chaplains to numerous senior government positions. These individuals, in turn, recruit RCCG members to fill vacancies at their institutions.

The fact that Osinbajo's "RCCGization" is not personal was recently revealed in a leaked memo. The RCCG leadership requested in the memo the establishment of a political department in each branch of the church to provide assistance to members considering a career in politics. While public opinion may view this as a support for Osinbajo's presidential candidacy, it appears that RCCG intends to infiltrate every level of government.

With the recent events in Nigeria, namely the deliberate capture of government power by a Christian denomination, the general public must exercise caution. Many of these elements are not loyal to the government, but rather to the power that placed them in their current positions. That is the church! Individuals have used the guise of religion to ascend to power and seize control of the government apparatus. The case of the Fetullah movement in Turkey is a good example of this. Such situations are unquestionably detrimental to the country's progress and unity, particularly when it comes to freedom of thought and expression of religious practises. Indeed, Muslims in the southwestern part of Nigeria, where Muslims wield considerable political power, continue to face persecution as a result of their religion. Christians and liberal Muslim leaders have consistently denied Muslims women the right to wear hijab in some places of leaning and places of work. Observing salah is still frowned upon by many civil service bosses. And yet, this occurs despite the fact that Christians or their denominations have not seized complete control of government!

In the light of this, Muslims should focus on developing and establishing strong leaders capable of representing them, rather than on recycling corrupt leaders who have little or no connection to the deen. Indeed, it is simple to condemn the RCCG or Christian entryism; the question is how effectively we are working to provide formidable alternatives. Thus, the time has come to develop capable and reputable leaders capable of making us proud in a multireligious society.

Etiketler : Are Nigerian churches on the verge of seizing power?
Önceki Haber