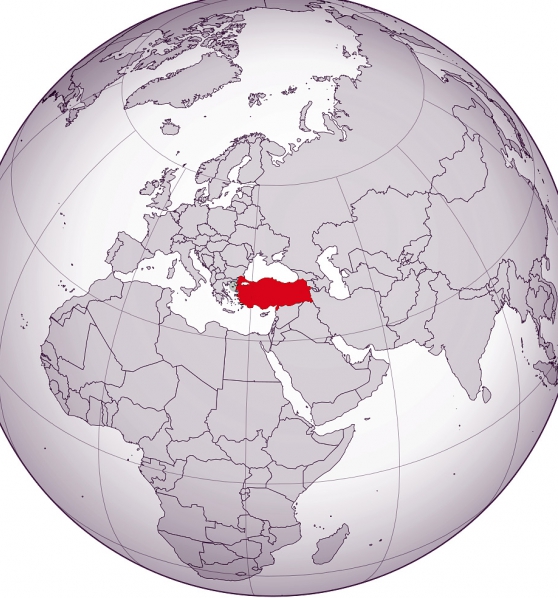 (Translated from Arabic by Ali Fahd)

One of the most hotly debated issues in the media in recent days has been Sweden’s treatment of refugee children. Located in Northern Europe, Sweden is a Scandinavian country. In terms of land size, Sweden is third among the member states of the European Union (450,295 km2), and it has a population of around 10.215.25 million. Sweden has been a popular destination for migrants and refugees fleeing the injustice of their home nations in quest of greener pasture for themselves and their families. However, footage of horrible occurrences involving these refugees in Sweden has appeared online in recent days. It seems, albeit with social incentives, that Swedish authorities unjustly want the migrants to pay a high price for living in their nation. The country literally takes the refugees’ children from them when they deem them to have been trained with a different orientation. They never mind that the refugees and those children both rode the sea to get there.

After reflecting on different passages and hadith regarding the significance of offspring, one would empathise with the plight of those whose children were taken by Swedish authorities. Children are indeed a tremendous blessing from God Almighty. Children are a heavenly gift, according to the consensus of humanity throughout history. Children bring joy and comfort to the household and family. Children are the glory and splendour of this world (an-Nisa 4:14). Some prophets wept and thanked Allah for them (Āl-‘Imrān 3:38; al-Anbiyā 21:89;Ibrahim 14:39). Despite Fir’aun’s tyranny, pride, and corruption, which reached the point where he issued orders to kill all the male children of Israel, it turned out that his desire for a son led him to spare and nurture Prophet Musa, about whom his wife Asiyah bint Muzahi said, kill him not, perhaps he may be of benefit to us, or we may adopt him as a son. (Al-Qaṣaṣ28:9).

Moreover, Islam clearly instructs parents to care for and nurture their children. Why, therefore, are Swedish officials seizing Muslim children for alleged mistreatment?

The Paradox of the Swedish Social system

Social institutions in Sweden provide assistance, care, and social services to the elderly, disabled, and families. Under family care, children under the age of 18 are safeguarded against “psychological” and physical abuse and exploitation. In the event that any of the aforementioned infractions are established, the social institution will intervene by removing the children from their parents and placing them with Swedish families who will care for and protect them. This form of treatment is not new but has been utilised for quite some time. In fact, these rules were not originally intended to target migrants. Still, with the recent surge of refugees into Sweden, they have become a deceptive means of stealing and kidnapping the children of refugees, the majority of whom are from Islamic Middle Eastern countries.

According to some sources, the Swedish Child Care Act was enacted in the 1970s to give extensive awareness workshops for Swedish families about raising and dealing with children. If we examine it closely, we can see that the original goal of this law was not to separate children from their parents but rather to promote awareness for Swedish families. Furthermore, prior to the refugee influx to Sweden, we heard nothing about the issue of removing children from their families. With the entrance of refugees into Sweden, this social institution became increasingly active and famous following the emergence of videos and stories revealing many immigrant families whose children had been taken.

Someone can say, “This law was passed before the immigrants arrived in Sweden, and they must observe it...” But then, the difference is in how the law was applied in Swedish culture because when this rule was introduced in the 1970s, the Swedish government organised training sessions to educate Swedish families. This indicates that communication and understanding existed between families and the social institution. The Union for Culture and Religion also contributed to better understanding and bridge-building between families and social institutions. Even if the refugees were found to have “misbehaved and maltreated children,” they should have been called to seek an agreement, as the Swedish families were. However, according to the experiences of numerous immigrant families, none of this occurred.

Differences in culture and religion play a role in this as well. In many countries, what is perceived as psychological and physical aggression against children and minors in the Western world is viewed as counselling, advising, and discharging parenthood duties toward children.

Most bizarre is the methodology social institutions employ to support their allegations of abuse against children. Frequently, children in schools are questioned about if they have experienced psychological or physical abuse at home. Imagine the circumstance if the outcomes were determined by the children’s tendencies. If the youngster admits to any negative family behaviour, the authorities intervene to “protect” the children from what they refer to as violence. During numerous hearings between the child and his family, it was determined that most of what the youngster says is false; nevertheless, the child’s request is allowed if they state that they do not wish to remain with their family. Thus, they send them to live with families whose religion, culture, and customs differ from their own.

According to eyewitness accounts and video recordings, young children abducted from their homes under the guise of maltreatment are exposed to the most miseries in Swedish households and so-called social service organisations. They are prone to bullying and racial prejudice; even young females are subject to harassment. Many girls, who left their homes because they were compelled to marry someone they did not like, are exposed to moral decadence in the family they moved in with.

The laws of the universe and the course of history can occasionally force on mankind things that he cannot resist. In quest of a safe haven for himself and his family, a person may be forced to leave his homeland and the place of his aspirations owing to wars, natural catastrophes, and other compelling circumstances. Islam has sanctioned and permitted Muslims to travel wherever they can find safety and prosperity;   “Indeed, those whom the angels take [in death] while wronging themselves - [the angels] will say, “In what [condition] were you?” They will say, “We were oppressed in the land.” They [the angels] will say, “Was not the earth of Allāh spacious [enough] for you to emigrate therein?” (an-Nisa4: 98). “He who abandons his house for Allah’s cause finds in the earth many refuges, vast and spacious; and if he dies as a refugee from his home for Allah and His Messenger, his reward becomes due and certain with Allah:” (an-Nisa 4:100)

The prophets, companions, and those who followed them emigrated throughout history. The verses of the Qur’an, the hadiths of the Prophet, and the statements of the jurists stipulate, however, that certain conditions must be followed for this movement to be acceptable from an Islamic perspective. These conditions have been acknowledged throughout time. These conditions are summarised thus: “There must be a compelling reason for migration, and the diaspora must be in a better state than the original location.” Islam added a crucial element: “that a Muslim should be able to establish the rites of his faith, which is the most valuable possession in his life.” Given this remark, it is not allowed for a Muslim to go to a country where he cannot protect his faith, honour, and wealth, which are the purposes of Sharia. Even if he finds security and comfort there, as is the case for Muslims in Sweden, he must seek another secure location since “Allah’s territory is vast, so you should travel therein.” (an-Nisa 4:98).