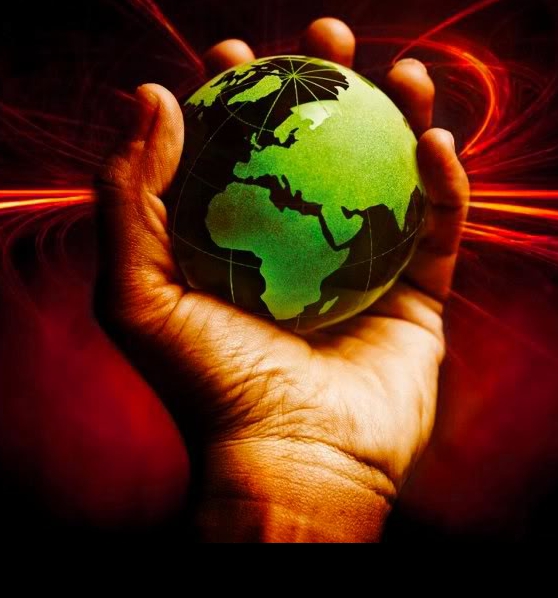 Historical artefacts are becoming increasingly essential in establishing a people’s past. Recently, their significance has reached the height of occultism, especially in regions where addressing the problem of colonisation is a matter of concern. Thus, archaeology, the science that studies these artefacts, has gained increased importance as it is employed in defining nations’ political and social identities. Unfortunately, this search for identity has sometimes led to the distortion of history. This is the case in Egypt; as a famous Egyptian Archeologist, Abdel Karim Abu Shanab wrote in his book ilim al-Āthar fi al-Qur’an,

“It is a painful reality in Egypt that we are losing our present while being constantly reminded of distant and ancient history. Here, the goal is to change the course of the future. Thus, we can see how the Pharaonic propensity is bolstered against Islam. Of course, we inherit everything from the past. However, not everything about our ancestry is a part of who we are as people. The culture and standards brought to us by revelation, which eliminates all previous civilisations and beliefs, cannot be altered for any imperfect or artificial civilisation. Consequently, our analysis of historical artefacts and vestiges of past civilisations should be aimed at learning from history rather than repeating mistakes. Furthermore, our aim should be to look for proof of tawhid in these civilisations and defend it from destruction..”

Abdel Karim Abu Shanab went on to say that as Muslims, we have no business using archaeological findings to bind ourselves to polytheism and tyranny. He argued that Western and foreign archaeological efforts in Muslim nations were aimed at fueling divisive ideas, separating people from the values they held dear, eroding Islamic ideas, and changing beliefs. He condemned the “fake identity effort” to remove Egyptians’ Arab-Islamic identity through archaeological investigations. Thus, he advises that archaeological studies should aim at exploring and investigating the legacy of ancient nations rather than adopting it and elevating it to the level of identity.

Pharaohs’ Golden Parade and Its Aftermath

After the April 3 2021 ceremony of relocating the mummies, the subject of Egypt’s identity became even more critical. The mummies were relocated from their old museums in northern Cairo to Fustat, the first Muslim city on the African continent and the first Muslim capital of Egypt. After the ceremony, which cost the Egyptian people 20 billion Egyptian pounds, the ministry of education introduced learning Greek using ancient Egyptian letters for schools starting from twelfth grade. These developments prompted fears that Arabic letters would eventually be eliminated in Egypt. It is a fact that the elimination of Arabic letters will facilitate the triumph of Christian civilisation over Islam.

Can we link this geography to ancient Pharaonic Egypt by removing all evidence of Islam in Egypt and reverting to 1400 years ago? The identity dilemma will necessitate historical narration to shed light on it. Thus, we may need to understand the evolution of Arabisation in ancient and modern history from a broader viewpoint. It should be noted, however, that this write-up has no connection to racist or nationalist ideologies. It is rather just a refutation of what appears to be anti-Islamism in Egypt that consistently targets Egypt’s Arab identity. In this instance, it is necessary to delve deeper into the history of Arabisation in Egypt.

The relationship of the Egyptians with the Arab Canaanites and Kahtanids is extremely ancient, and its date is difficult to establish. Because the Egyptians dominated the Bilad Al-Sham region repeatedly during specific eras, such as the 18th dynasty. The relationship between the Prophet Ibrahim and our mother Hajar reveals the familial ties between the Canaanite Arabs and Egyptians. While Ibrahim is of Canaanite descent, our mother Hagar is of Egyptian Arab descent. The fact that his name strictly adheres to the principles of Arabic morphology is significant proof. Ismail, their son, is the father of Adnanite Arabs. In other words, Egyptians are the Adnanites’ uncles.

The Amalekites, an ancient Arab community, governed Egypt’s northern and central regions throughout the 15th to 17th dynasties. Meanwhile, the capital of the state was Avaris (Tell el-Dab’a), and the cities of Farma (Port-Said) and al-Kilzim (Suez) were constructed. Prophet Yusuf’s entry into Egypt coincided with this state era. Rayyan ibn al-Walid, the monarch who bought him, is also the paternal grandfather of Asiyah, the Pharaoh’s wife who believed in Musa. Egyptian records refer to this monarch by the name Hayan. Because in their dialect, R was pronounced as H. Similarly, the Canaanite queen, known as al-Zabaa in Arabic and Zenobia in Greek, united Egypt and Bilad al-Sham and ruled for twenty years.

By and large, Egypt is Arabic because its indigenous tribes are Arabs. As there were Canaanites and Kahtanids in “Upper Egypt,” there were Adnanites from Hijaz on the island of Sinai, in the Delta, in the eastern and western desert regions, and in the interior areas.

Today, one of the most common misconceptions is that hieroglyphs are a language. In reality, this writing style is a calligraphy style, just like Arabic Kufic calligraphy is. Therefore, it is more accurate to refer to the language of ancient Egypt as ancient Egyptian language rather than hieroglyphs.

In his dictionary, Ahmed Kamil Pasha argued that the ancient Egyptian Arabic in the Dimutik script is quite similar to modern Arabic in terms of grammar (nahw), just as the Arabic in the Musnad and Aramaic scripts. In 1923, the administration of the British occupation banned the publication of Ahmed Kamil Pasha’s book. This 20-volume book was not published until today, except for one volume published in 2020; the remaining copies and editions and their contents are unknown. The banning raised the suspicion that they did not want people to be aware of the connection between ancient Egyptian and contemporary Arabic. Therefore, it will be simple for orientalists to justify their claim that the Egyptian language is a patron language and a member of the African language family.

Language Change in Egypt’s Past

Egypt has seen two language shifts throughout its history. The first was the brutal occupation of Greece by the Greeks. At that time, a mutant Coptic language that combined Greek and ancient Egyptian was written in Greek characters. This language was used to terminate ancient Egyptian Arabic. However, the language was only used by Greeks, and the ancient Egyptians avoided it. Until the French and English occupation, that language was extinct. The British and French attempted to restore the ancient Coptic language through four dialects but could not interpret it. But then, after the old Greek occupation, some Egyptians moved to the Nubian region. However, because they had lost the ability to write, they could only produce components of oral culture. The French wanted this language to be used in writing as well, so they created a dictionary employing French Latin letters.

The second linguistic shift in Egypt is the Egyptians’ conversion to Quranic Arabic. This was at a time that the ancient Arabic was lost. Egyptians accepted Islam, and they took its language along with it. Thus, to sever their relations with Arabs and Muslims, Westerners keep postulating that “the ancient Egyptian language” is their mother tongue.

At various times, Turks, Circassians, Albanians, and Kurds moved to Egypt. Over time, these nationalities metamorphosed and were assimilated into society, becoming a part of the Arab Muslim identity. The upshot was the introduction of new foreign terminology into Egyptian Arabic. In accordance with the structure of the Arabic language, the ancient Egyptians applied the norms of abbreviation to their language.

For example, the term (معلش) maalash, which means “nothing will happen to you,” is an abbreviation of the sentence (ما عليك شيء). Similarly, the word mashi (ماشي) signifies nothing ( ما في شيء). In the same manner, the term “aywah” (أيوه), which original meaning was “yes” was translated from Kahtanids Arabic to Turkish as “evet” via Egypt and Bilad al-Sham. And there are numerous comparable cases.

Egypt was entirely Arabized after it was conquered under the second caliph, Umar ibn al-Khattab, by Amr ibn al-As. Three of the conquering Companions were Egyptian Copts. Rafii al-Qibti, Abdullatif al-Qibti, and Abdulhabir al-Qibti are their names. In his Sahih, Imam Bukhari reported hadith from them.

Egypt’s Arab and Islamic identities were integrated in the second century after Hijrah. During this time, the Egyptian Dhul-Nun began writing on ancient Egyptian Arabic. Those items have unfortunately been lost. Iraqi Muhammad b. Abu-Bakr b. Wahshiyyah’s book, Shawk al-Mustaham fi Marifat Rumuz al-Aqlam, is also on display at the Berlin museum in Germany. The copy used by Champollion to decipher the Rosetta Stone is located in the London Museum in England. However, unlike the historian-archaeologist Okasha al-Daly in his The Missing Millennium, many do not mention it when discussing Champollion.

Egypt’s cultural and linguistic advancements throughout the Islamic period might be viewed as a revival of the heritage lost during the Persian, Byzantine, Greek, and Roman invasions and occupations. For instance, the Roman emperor Augustus invaded Egypt in 31 B.C. He ordered the destruction of Karnak University in Luxor, claiming that “the university can only be found in Rome.” He moved the ancient Egypt papyrus plates to Rome and had them translated into Latin. Then he ordered the original copies of the writings to be destroyed and attributed to Latin experts.

Due to the hatred of the Romans and other conquering forces, the works of ancient Egyptian Arabic were lost. Islam resurrected these works and gave them new life. From the beginning, renowned scholars sprang up in Egypt, and Egypt became a hub of knowledge. Imam Warsh, Ibn Baytar al-Shafii, Ibn Hisham (the author of as-Sirah), Imam Suyuti, Imam Buti al-Shafii, Ibn Abdilhakam al-Maliki, the famous historian al-Maqrizi who was Hanafi then Hanbali; al-Sahrawi, Kalkashandi, Qadi al-Ayn, and Ibn Zahirah were all from Egypt.

In addition, Ibn al-Nafis, the Egyptian who discovered blood circulation, was born in Damascus. Ibn Tughri Bardi was born to an Egyptian Arab mother and a Turkish Mamluk father. Ibn Khaldun travelled to Egypt, where he died. Some, like Ibn Taymiyya and the Andalusian Imam Qurtubi, are of Egyptian descent. Some, like Shamsudin ez-Zehebi, assimilated because they were born and bred there. As a result, Egypt has been a popular destination for scholars.

Those who challenge Egypt’s Arab identity are, in effect, targeting Islam under the guise of historical discoveries and archaeology, which is fraught with ambiguities and uncertainties. Therefore, they disregard the historical facts included in Islamic texts. At the same time, they use their own sacred texts, which have been falsified, perverted, and altered in content, to corroborate a nonexistent history. All these continue daily, and one wonders when the ummah will wake up?