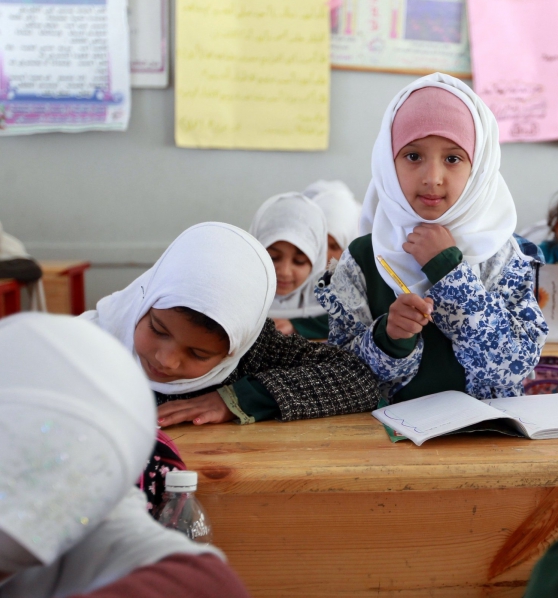 D–8, also known as the Developing Eight, is an organisation founded on development cooperation between Türkiye, Bangladesh, Egypt, Indonesia, Iran, Malaysia, Nigeria, and Pakistan. The official foundation of the D-8 was declared with the Istanbul Declaration at the 15 June 1997 Summit of Heads of State and Government in Istanbul, led by Necmettin Erbakan, the then prime minister of Türkiye.

The aims of D-8 are to increase the position of member nations in the global economy, provide new opportunities for these countries in trade relations and diversify trade, encourage participation in the international decision-making process, and improve living standards. This structure, which was initially comprised of eight countries, aspires to expand to 20 countries and subsequently 80 countries in the medium future. According to the declaration, every nation that is a part of the D-8 will be responsible for a specific production sector and have its own sphere of responsibility. By manufacturing, these countries will be able to trade with each other and will not be used as a colonial tool by the West. The duties of these nations are:

Instead of using dollars, the D-8 nations will engage in barter trading. The D8 countries have a combined population of 1.1 billion and a trade volume of $3.8 billion. In recent years, trade between these nations has increased dramatically.

Erbakan stated in one of his talks that the D-8 was the most significant event of the century.   So, what are the facts underlying this assertion? First, it must be said unequivocally that Erbakan had a profound understanding of the world and Muslim countries. He was aware that the Muslim world in the twentieth century was characterised by the trade of raw materials, consumer markets, and exploitation. This exploitation phase arose during the First and Second World Wars and resulted in the deaths of millions of individuals. Consequently, a colonial system, the United Nations, was founded under the leadership of two colonial nations, France and England. This system was programmed to make the sole purpose of undeveloped countries (Third World countries) to supply the raw material needs of the colonialists’. The market demands of the colonialists were met by the impoverished nations (2nd World countries).

To avoid colonisation of former colonial countries and to safeguard our own people, natural resources, and future, D8 was created. When these colonists cannot exploit us, they will devour each other. Because Erbakan is aware of this, he stated, “It is the most significant event of the 20th century.” Since these imperialists were aware of the significance of D-8, they used their mercenaries to punish countries participating in the D-8 formation.

To the Imperialist forces, you will be punished if you resist the established system like Ibrahim, Musa, and Isa did.   In fact, this punishment significantly affected Türkiye and the National Vision Movement led by Necmettin Erbakan. They have used every resource available to eliminate these organisations and their leaders. During the Erbakan administration (1997), the Turkish state achieved its best rate of real development since the Republic era. This time had the highest pay increases for retirees, civil servants, labourers, and many employees. Despite this, misguided individuals conducted street demonstrations using various perception manipulations, and the National Vision movement split in two. After these events, a significant portion of the movement disbanded.

Let’s take a memory jog to decades ago…after World War II, the United States became the most important commercial hub in the world. Europe, which could not create a trade union, regrouped, formed the European Union and worked to make the Euro rise against the dollar.

Since the EU lacks a NATO, it cannot exist against the United States and the United Kingdom. According to Erbakan, D-8 alone was insufficient for a solution. In addition, Muslims should have established a defence agreement. But D-8 was a beginning. It was hoped that the D-8 would assist member countries in flourishing and being able to lead an international technological collaboration. With such cooperation, Western powers could not undermine any Muslim nation’s economic and moral values.

In light of this, Muslims should know they can make a good change. They have to create an alternative to the imperialist nations’ colonial actions. Necmettin Erbakan founded D-8 because he knew this circumstance from the start. 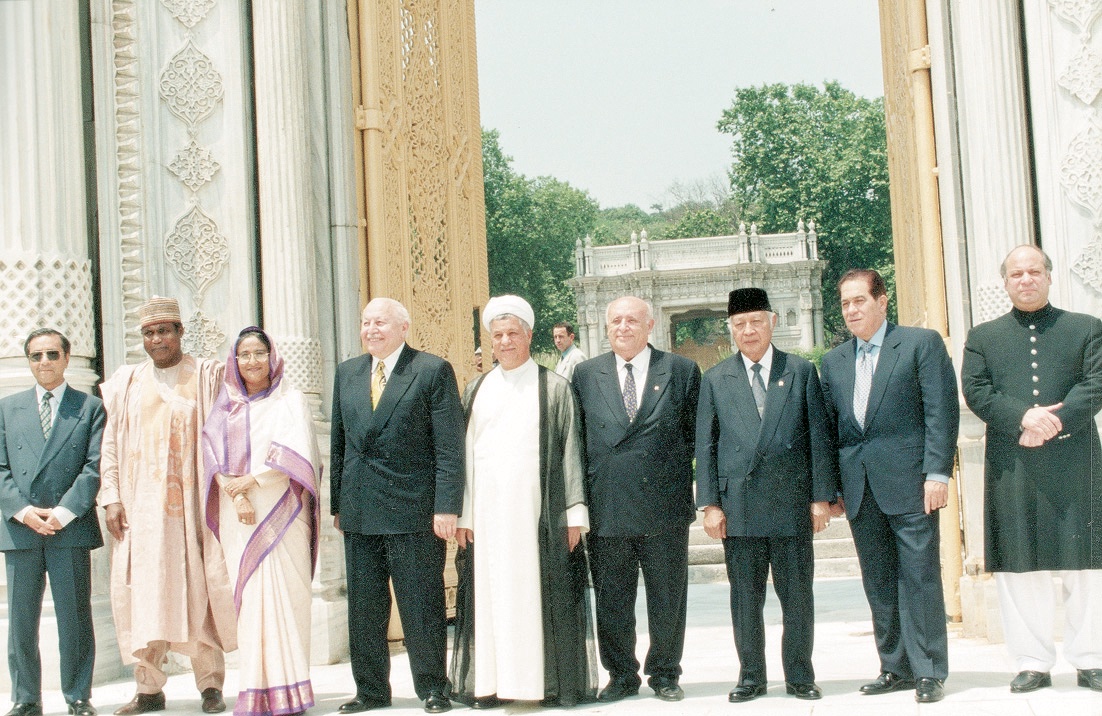 Meanwhile, as planned, the D-8 will not only be an economic union but also a union comprised of nations where human rights and liberties exist. The D-8 countries encompass a vast geographical area. These nations have a high population and abundant natural resources. The six stars on the flag of D-8 signify that this organisation was not founded for purely commercial reasons. At this time, we can characterise D-8’s objectives as follows:

·       Dialogue instead of confrontation.

·       Cooperation instead of exploitation.

·       Equality instead of discrimination.

·       Democracy instead of oppression.

Although D-8 was established, it is not fully operational. Despite the passage of 25 years from the formation’s founding, the bloc is yet to work as per its goals. It has not been able to hold even ministerial-level meetings for many years.

Sadly, the level of injustice in the world continues to rise alarmingly. A significant part of the world’s wealth is held in the hands of a few. However, the exploited still happen to be the greatest supporters of the oppressors. Indeed, Allāh will not change the condition of a people until they change what is in themselves (Rad 13:11). If we do not give Allah and his religion a higher priority, we will never be able to avoid being judged by the Pharaohs. However, let us not forget that the Victory belongs to the Believers and is close at hand.

Etiketler : 25 years have passed: a glimpse at D8
Önceki Haber