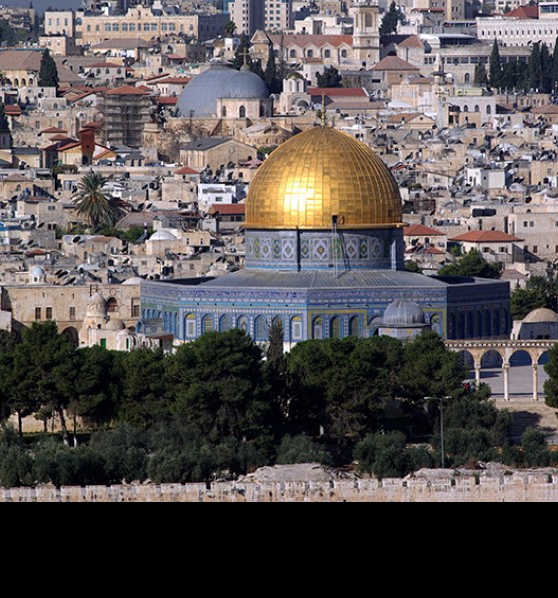 For those who do not know, Nigeria is an interestingly complicated country. A country that flows with milk and honey but suffers from the scourge of ethnic and religious hypocrisy. Everything from political appointments, school admission, hospital care and even job application into public institutions, among many others, are coloured by these ethnic and religious undertones. This piece focuses on three current events regarding the religious climate in Nigeria that have once again prompted the question of whether religious tolerance exists there.

We live under the pretence of One Nation, whereas you can easily map Nigeria out based on religious affiliation than any other metrics. Even though there is hardly any family relations, job or friendly acquaintances that have no mix of both religions yet, both parties engage in a constant battle of dominance, with each always gunning for the win at the expense of the other. The country prides itself as overly religious and competes in building places of worship. The churches are the biggest in the world, and the mosques do not do justice to the status of those who pray in them.

More than a month ago, a lady was lynched because she insulted Prophet Muhammad (peace be upon him), and irate Muslim youths took laws into their hands and administered jungle justice. Some would argue that their actions are due to a lack of faith in the judicial system to administer the appropriate justice for offences against the other religion, among many others. Likewise, the continuous persecution of Muslims in Nigeria without reprimand. Like in the situation where Muslims are removed from their fundamental human rights like hijab for the female Muslims in public and even private institutions in the country. This accumulated frustration thus further added fuel to the raging fire of religious intolerance in Nigeria.

Shortly after that, Nigeria’s ruling party, the All progressive congress (APC), had its primary election to select its flag bearer for next year’s general election. Among the contestants are two foremost pastors from renowned Nigerian churches. Prof. Pastor Yemi Osinbajo, the present Nigerian Vice president and who many would argue became the Vice president on the ticket of his boss, Asiwaju Bola Ahmed Tinubu-a Muslim. The other is Pastor Tunde Bakare, who said God told him he would be the next president. Eventually, Asiwaju won the primary election, and hopes were high as to who he would pick as his running mate. The general belief is that he would pick a Christian Northerner to balance the equation of religious and ethnic representation in government. Although not yet decisive, his selection of a Muslim northerner as a “temporary” running mate has caused a stir in the public discourse.

A few days ago, the Supreme Court ruled in favour of female Muslims wearing hijab in schools across the country and the accumulated reactions that trailed all the three cases mentioned earlier was what prompted this piece. To address these raging issues, let us take a look at what non-Muslims, as well as uninformed Muslims, need to know in order to achieve the saner clime we all desire in the country.

1.      Nigeria is not a secular country. It is safe to say that we constantly strive to achieve religious neutrality. To maintain the delicate equilibrium among the different ethnic groups and religions, we need to understand and respect the sanctity of each other’s religious values. Living together would always be cordial if no one tramples the other’s rights.

2.      As Muslims, we do not joke about our religion and its values. Allah and his messenger are both dearer to us than anyone in the world, not even ourselves or our parents. We can be friends and even close acquaintances, but our religion is the limit we do not play with. No serious Muslim would keep quiet where and when Islam is being desecrated. He may even become a hypocrite by so doing. That is why you see Muslims fight and speak against any anti-Islamic rhetoric as best as they can.

3.      Religious persecution is as old as humans themselves. But in a society with laws, it is expected that each religious affiliations are given its rights in order to prevent a breakout of lawlessness. In the case of blasphemy, there is no doubt that in a country that practices sharia, anyone that is found guilty of that offence by a competent court of law will be persecuted. A verdict which may be capital punishment in most schools of thought. Rebecca’s incident was quite unfortunate, and it does not represent what Islam preaches. The perpetrators are nothing but criminals that should be apprehended and dealt with. Their actions are far from what Islam preaches. However, Muslims should not be expected to fold their arms when their religious values are trampled upon, no matter who the person is. However, pursuing all legal means to get due rights may be the immediate answer to this, just like the recent Hijab case.

4.      For the Muslim-Muslim ticket, this euphoria is not something new. During incumbent Buhari’s electioneering period, there was this cry of Islamization agenda. This coming up now is not a new tactic to dissuade the electorate from voting for their choice. Asiwaju’s wife is a Pastor in the same church as Prof Osinbajo, to cite one among numerous examples of facts that disprove the Islamization claim of the detractors. We have seen Christain clerics informing their congregation not to cast their votes for “Swines” and others publicly preaching that this next election is a vote for Christ. Politics is a game of numbers, and if it is going to go by, let Muslims vote for Muslims and Christians for Christians, then we are patiently awaiting who would truly win the election.

5.      There have been several attempts by the Christian missionaries for more than three decades now and for as long as the history of Nigeria since the colonialists came into the shores of the country to Christianise Nigeria. We have had the crusade of a native Bishop Benson Idahosa, a German evangelist Reinhard Bonke and the most recent one, an American Daniel Kolenda. Among their tactics is to go to government schools and distribute the small Gideon Bibles to students. Nigerian schools have been literarily turned into an evangelism ground, yet no Muslim has ever had the effrontery of causing a ruckus. In fact, no Muslim organization or individual has ever gotten up to champion or state the Islamization agenda in Nigeria; rather, it was a term invented by the Christians to make the oppressed look like the oppressor. These are facts backed by evidence.

6.      In addition, the public and private media houses have been up against Muslim affairs in the country. Criminal acts perpetrated by people with Muslim names are cunningly attached to Islam, while the case is different if it is of other faiths. This is in addition to intentionally distorting the facts to appear as the victim. Foremost among these are the Boko Haram and Bandits ravaging the Muslim North of the country. In fact, Muslims have been the heaviest casualties of more than a decade of daily rampage. Yet, the media has successfully created an impression in the people’s minds that it is part of the plan to take over the country.

7.      Islam doesn’t recognize any other religion but Islam. But as soon as people decide not to be Muslims, we are commanded to respect their choices and not abuse them because of what they choose to worship. We are not to curse or abuse other people’s objects/figures of worship and steer clear of bending our religion to other religious dictates.

We crave a better society as much as everyone else. But for a harmonious relationship, each party must learn to respect each other’s ideas and preferences. Undoubtedly, all ethnic and religions have contributed significantly to the development of the country. There is no point in falling prey in the hands of those who weaponized what would be the country’s strength. So, we must all unite to build a nation where peace and justice shall reign.