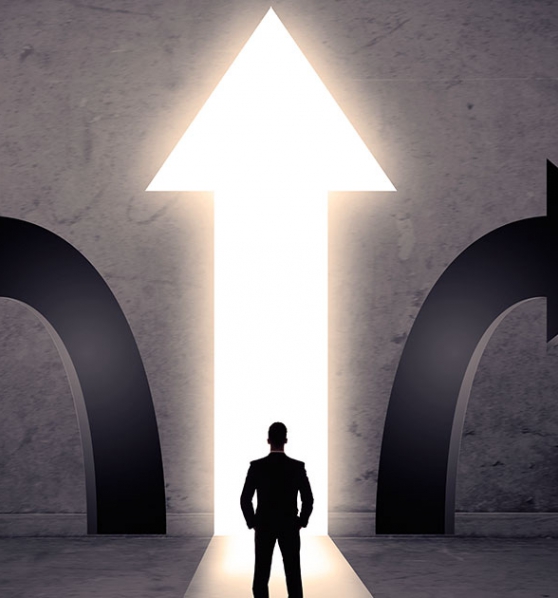 Achieving societal harmony is impossible without first engaging some of society’s religious and moral elements. In Islamic civilization, the moral stance has long been seen as the most significant aspect of maintaining peace. It is now a widely acknowledged and well-established fact that physical policing alone cannot preserve the peace in society.

In this piece, I like to highlight some of the societal value codes established in Islamic teachings via the Qur’an and the sunnah.

1.      Religious Brotherhood:No distinctions must be made based on race or language.

“The believers are but brothers, so make settlement between your brothers. And fear Allāh that you may receive mercy.” (Hujurat 49: 10)

“And hold firmly to the rope of Allāh all together and do not become divided. And remember the favour of Allāh upon you - when you were enemies, and He brought your hearts together, and you became, by His favour, brothers. And you were on the edge of a pit of the Fire, and He saved you from it. Thus, Allāh makes clear to you His verses that you may be guided.” (Al Imran 3: 103)

2.      Generosity:acts of kindness committed for the benefit of others without expecting anything in return.

“But seek, through that which Allāh has given you, the home of the Hereafter; and [yet], do not forget your share of the world. And do good as Allāh has done good to you. And desire not corruption in the land. Indeed, Allāh does not like corrupters.” (Qasas 28:77)

3.      Compassion: Prioritizing the well-being of one’s brother over one’s own. Being concerned about others’ needs despite one’s own problems.

“And [also for] those who were settled in the Home [i.e.,al-Madīnah] and [adopted] the faith before them. They love those who emigrated to them and find not any want in their breasts of what they [i.e., the emigrants] were given but give [them] preference over themselves, even though they are in privation. And whoever is protected from the stinginess of his soul - it is those who will be the successful.” (Hashr 59:9)

“Never will you attain piety until you spend [in the way of Allāh] from that which you love. And whatever you spend - indeed, Allāh is Knowing of it” (Al Imran 3:92)

4.      Fairness: Giving the trust to the one who should have it

“Indeed, Allāh commands you to render trusts to whom they are due and when you judge between people to judge with justice. Excellent is that which Allāh instructs you. Indeed, Allāh is ever Hearing and Seeing.” (Nisa 4:58)

“And they who are faithfully true to their trusts and their covenants” (Muminun 23:8)

5.      Mutual Kindness: Love and consideration are shown to one another

“Muḥammad is the Messenger of Allāh, and those with him are forceful against the disbelievers, merciful among themselves. You see them bowing and prostrating [in prayer], seeking bounty from Allāh and [His] pleasure...” (Fath 48: 29)

“And if two factions among the believers should fight, then make settlement between the two. But if one of them oppresses the other, then fight against the one that oppresses until it returns to the ordinance of Allāh. And if it returns, then make settlement between them in justice and act justly. Indeed, Allāh loves those who act justly.” (Hujurat 48:9)

“They ask you, [O Muḥammad], about the bounties [of war]. Say, “The [decision concerning] bounties is for Allāh and the Messenger.” So fear Allāh and amend that which is between you and obey Allāh and His Messenger, if you should be believers.” (Anfal 8:1)

7.    Collaboration: Cooperation in virtues and righteousness and not allowing sin and enmity to manifest

“…And help you one another in righteousness and piety, but do not help one another in sin and transgression. And fear Allâh. Verily, Allâh is Severe in punishment.” (Maidah 5:2)

“O you who have believed, when you converse privately, do not converse about sin and aggression and disobedience to the Messenger but converse about righteousness and piety. And fear Allāh, to whom you will be gathered.” (Mujadila 58:9)

8.      Salutation: Greeting each other and passing on the greetings

“When you are greeted with a greeting, greet in return with what is better than it, or (at least) return it equally. Certainly, Allâh is Ever a Careful Account Taker of all things” (Nisa 4:86)

“And when those come to you who believe in Our verses, say, Peace be upon you. Your Lord has decreed upon Himself mercy: that any of you who does wrong out of ignorance and then repents after that and corrects himself - indeed, He is Forgiving and Merciful.” (Al-An’am 6:54)

“O you who believe, be persistently standing firm in justice, witnesses for Allāh, even if it be against yourselves or parents and relatives. Whether one is rich or poor, Allāh is more worthy of both.1 So follow not [personal] inclination, lest you not be just. And if you distort [your testimony] or refuse [to give it], then indeed Allāh is ever, of what you do, Aware.” (Nisa 4:135)

“O you who believe! Stand out firmly for Allâh as just witnesses; and let not the enmity and hatred of others make you avoid justice. Be just: that is nearer to piety; and fear Allâh. Verily, Allâh is Well-Acquainted with what you do.” (Maidah 5:8)

“And the retribution for an evil act is an evil one like it, but whoever pardons and makes reconciliation - his reward is [due] from Allāh. Indeed, He does not like wrongdoers.” (Shuraa 42: 40)

“And let not those of virtue among you and wealth swear not to give [aid] to their relatives and the needy and the emigrants for the cause of Allāh, and let them pardon and overlook. Would you not like that Allāh should forgive you? And Allāh is Forgiving and Merciful.” (Nur 24:22)

11.   Interceding for Goodness:initiating and leading others to noble and laudable causes

“O you who believe! Spend of the good things which you have (legally) earned, and of that which We have produced from the earth for you, and do not aim at that which is bad to spend from it, (though) you would not accept it save if you close your eyes and tolerate therein. And know that Allâh is Rich (Free of all needs), and Worthy of all praise.”

“The likeness of those who spend their wealth in the way of Allāh is the likeness a seed [of grain] which grows seven spikes; in each spike is a hundred grains. And Allāh multiplies [His reward] for whom He wills. And Allāh is all-Encompassing and Knowing.” (Baqarah 2:261)

“And the likeness of those who spend their wealth seeking means to the approval of Allāh and assuring [reward for] themselves is the likeness a garden on high ground which is hit by a downpour - so it yields its fruits in double. And [even] if it is not hit by a downpour, then a drizzle [is sufficient]. And Allāh, of what you do, is Seeing.” (Baqarah 2:265)

“And do not approach the property of an orphan, except in the way that is best, until he reaches maturity. And fulfill [every] commitment. Indeed, the commitment is ever [that about which one will be] questioned.” (Isra: 34)

15.   Responding to Evil with Good

“Repel evil with that which is better. We are Best-Acquainted with the things they utter.” (Muminun 23:97)

“The good deed and the evil deed cannot be equal. Repel (the evil) with one which is better (i.e. Allâh orders the faithful believers to be patient at the time of anger, and to excuse those who treat them badly) then verily he, between whom and you there was enmity, (will become) as though he was a close friend.”  (Fussilat 41:34)

“(Luqman said)  O my son, establish prayer, enjoin what is right, forbid what is wrong, and be patient over what befalls you. Indeed, [all] that is of the matters [requiring] resolve.” (Luqman 31:17)

“And let there be [arising] from you a group of people inviting to [all that is] good, enjoining what is right and forbidding what is wrong, and those will be the successful.” (Al Imran 3: 104)

“Then proclaim openly what you have been commanded1 and turn away from the polytheists.” (Hijr 15: 94)

“And [mention, O Muḥammad], when Allāh took a covenant from those who were given the Scripture, [saying], “You must make it clear [i.e., explain it] to the people and not conceal it.” But they threw it away behind their backs and exchanged it for a small price. And wretched is that which they purchased.” (Al Imran 3: 187)

18.   Faithful Testimony: Testifying for the truth and avoiding false witnesses.

“And if you are on a journey and cannot find a scribe, then a security deposit [should be] taken. And if one of you entrusts another, then let him who is entrusted discharge his trust [faithfully] and let him fear Allāh, his Lord. And do not conceal testimony, for whoever conceals it - his heart is indeed sinful, and Allāh is Knowing of what you do.” (Baqarah 2:283)

The world is merely a path to either Heaven or Hell. To attain peace and calm, one must first seek peace in Allah. A successful individual prepares his provisions for this journey, bringing him Allah’s pleasure, Paradise, and salvation from Hell.