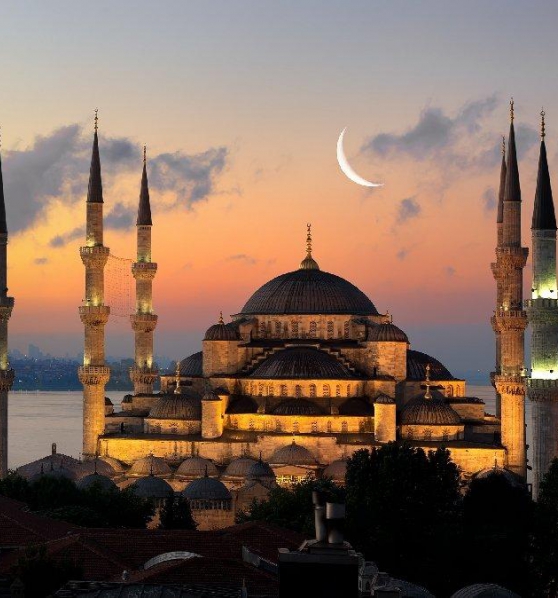 Islam always seeks values and goals that meet all the social and economic requirements of human life. It concerns human success both in this world and the hereafter. For this reason, the concept of Islamic banking and finance fully based on Shariah, the Islamic law, has emerged. Instead of an oppressive creditor and oppressed debtor relationship, the primary principle of Islamic banking and finance is that persons participating in the transaction act as partners who share profit and loss. Risk sharing is promoted by the Islamic banking system in financial transactions. Consequently, the more risks are shared, the less burdensome business will be, resulting in thriving economic activity in any given society.

In the Islamic banking system, transactions involving riba (interest), Gharar (uncertainty) and gambling are strictly prohibited. Besides, investment in prohibited industries like pornography, prostitution, alcohol, pork, and illicit drugs are not allowed. The main reason behind these prohibitions and restrictions is to fulfil the financial and social objectives that have been determined by Islam. As a result, money that belongs to the people can be saved to invest in the wrong path. In addition, Islamic banking and finance promote the obligatory payment of Zakat, which is 2,5 percent of the wealth for Muslims with wealth equivalent to 595 grammes of silver or 85 grammes of gold. Several studies have demonstrated that Zakat can play a significant role in alleviating poverty and wealth disparity in society. By adopting Zakat in society, equitable income distribution among the population based on their needs can be ensured.

The Islamic banking system is based on a partnership where shareholders, depositors and borrowers, participate on a profit and loss sharing basis. The main concept of Islamic banking is the prohibition and collection of interest and utilizing money for business purposes. The value support framework is utilized in the Islamic banking system instead of interest-based transactions. In this case, if a bank grants a corporation a loan for commercial purposes, the company repays the money without interest. However, if the company profits from the money it borrowed from the bank, it will share a portion of that profit.

It is evident that the Islamic banking system benefits not only Muslims but non-Muslims as well. For this reason, Islamic banking platforms are spreading worldwide, including in Muslim and non-Muslim countries. In the case of traditional Islamic financing, interest-free banking was first introduced by European bankers since they were aware of Muslims’ views on riba. Unfortunately, this interest-free banking system was run by non-Muslims. Although many Muslim-owned banks, Such as Banque Misr in Egypt and Arab Bank in Palestine, were re-established between the 1920s and 1930s, these institutions adopted the practices of the European-owned competitors. However, three factors were involved in the development of modern Islamic banking in the early 1970s. These are the Islamic Development Bank, Rise of Oil Prices, and Efforts of Islamic Finance Scholars. Finance ministers of the OIC agreed to establish Islamic Development Bank in December 1973, primarily considered a Development Assistance Agency rather than a commercial bank. One of its major roles was to promote Islamic banking worldwide through conferences, seminars, and research. After the rise of oil prices, the OIC facilitated the development of modern Islamic banking in 1973, and it vastly increased financial resources. The Dubai Islamic Bank was founded in 1975, Kuwait Finance House in 1977, Bahrain Islamic Bank in 1981, Qatar Islamic Bank in 1983, Faisal Islamic Bank of Egypt in 1977, and Faisal Islamic Bank (Sudan) in 1978. Albaraka Islamic bank started an investment company in London with several banks in different Muslim countries such as Algeria, Bahrain, Egypt, Jordan, Lebanon, South Africa, Sudan, Tunisia, Türkiye, and Central Asian Republics. In this case, all the world-renowned Islamic scholars have been trying to find policies to free the Islamic banking system from riba.

The Islamic banking system comprises several contracts, including Murabaha, Mudaraba and Istithna. Murabaha was widely used in the initial period because it was less risky than Mudaraba, where profit is agreed upon and advanced. Istisna was used to finance projects where banks make advance payments for which suppliers will deliver products step by step. Musharaka was little used as it was deemed to be risky. Moreover, many Islamic banks adopted a two-fold strategy initially to expand their market share and attract further customers. First, they widened the range of services on offer so that their clients could use Islamic banks for all their financial needs. Second, Islamic retail banks expanded their personal financing facilities.

Many Muslim countries, including Malaysia, Bahrain and Sudan, have had tremendous success developing Islamic banking systems. It appears Malaysia has an ambitious development of Islamic banking in terms of the range of products offered. Essential banking encouraged the Islamic financial industries to develop instruments and assets. Bank Islam Malaysia was the first institution established under the Islamic banking act of 1983. Then larger financial institutions such as HSBC Bank, Standard Chartered Bank, CITI Bank, Hong Leong Bank, RHB Bank, and Southern bank became involved. Like Malaysia, Sudan was able to develop an Islamic banking system.

The Islamic banking system also moved forward in developing the Islamic securities Market. An Islamic securities market makes liquid assets that hold more profit for Islamic banks and reduces reliance on interbank deposits. Since Islamic banks cannot hold short-term interest rates under the Shariah, they always have problems with profitability. This problem was overcome by Sukuk Salam securities Bahrain by providing fixed but interest-free returns. This return was calculated in relation to the actual benefit the government expects to obtain on the funds. Faisal Islamic Bank in Sudan was licensed by the government in 1978, whose expansion was rapid and soon became the second largest bank in the country. Tadamon Islamic Bank became a successful bank with a network of 22 branches by 1999. By the 1990s, 25 banks with Islamic financial services in Sudan, the largest institution being the state-owned The Agricultural Bank of Sudan. The central bank of Sudan issued an Islamic government certificate with the help of the IMF for liquidity management purposes. The establishment of the Islamic money market in Bahrain resulted in markets from the Gulf to South-East Asia. IDB also allocated its infrastructure fund in Bahrain and agreed to set up an International Islamic Rating Agency on the Island.

All this evidence showed that Islamic banks have a promising future that can compete with other conventional banks’ financial resources, and the brand strength of major multinational banks offering Islamic financing facilities for Islamic finance to be better known to the global financial community. Islamic banking can increase its credibility by introducing common reporting standards. Increasing convergence in Islamic financial practice and interbank transactions between Shariah-compliant institutions will undoubtedly increase client confidence in the industry.

Although the global financial crisis that happened in 2008 affected almost all financial institutions worldwide, the performance of Islamic banks was still better during the crisis compared to other conventional banks. The main reason behind this success is that it established sharia justice where all banks are just involved in business activities instead of interest-based transactions. It is evident that only one party can benefit during interest-based transactions while both parties benefit during business transactions. Moreover, as the Islamic banking system is fully controlled by Sharia, it prohibits all transactions that involve interest, speculation, gambling, and unethical, predatory behaviour. Moreover, unlike conventional banking, the banking system provides equal service and maintains trust with the community in order to prosper. Here people’s relationship with Islamic banks is not in the form of debtor and creditor as it was in the conventional banking system, where all transactions occur based on interest and credit. This prevents any relationships with the bank, thereby lacking contribution to the community surrounding them. Moreover, Islamic banks use the money for investment purposes which benefits bankers, borrowers and also the economic growth of the countries

Etiketler : An Overview of the Concept of Islamic Banking and Finance and Its Roles in Establishing SocioEconomic Justice
Önceki Haber