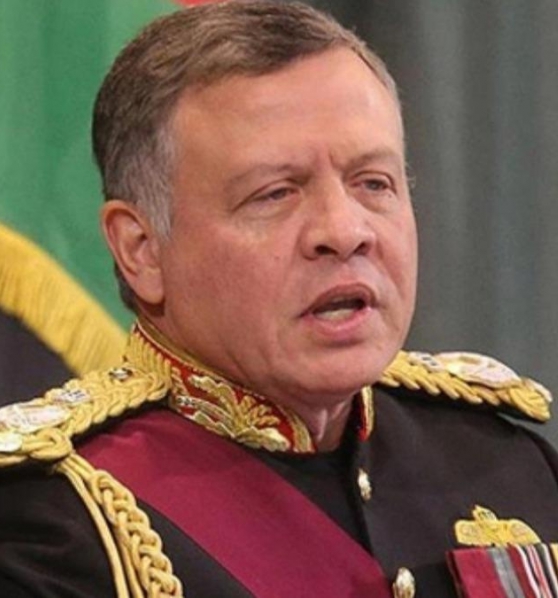 Alcohol refers to a category of beverages created mostly through the fermentation of grains, fruits, or other sources of sugar. The most prominent word for this substance, “alcohol,” and its variants in many languages are derived from Arabic, the language of the fewest consumers, despite being predominantly used in Europe. This paradox demonstrates both the multiculturalism and the depth of the history of alcohol. In addition to the paradoxical nature of its naming, another intriguing aspect of alcohol is the cultural contrasts it exhibits. While it is strictly forbidden in Islam and rarely consumed by Muslim communities, alcohol is a part of the rituals of several religions and a source of national pride in other societies. Despite all these disparities, there is one truth that cannot be disputed: alcohol is universally recognised as a harmful substance.

In psychiatric categories of substances, alcohol is among depressants, a class of drug that decreases central nervous system activity. That is, they slow down the brain’s activities. Other drugs under this category are sedative, hypnotic, and anxiolytic drugs. Alcohol is considered the most abused substance globally, possibly due to its easy accessibility and acceptability in some cultures. The World Health Organisation says alcohol consumption is a causal factor in more than 200 diseases, injuries and other health conditions. This is just beside the many socio-economic and socio-psychological damages that alcohol causes. But then, considering the harms that alcohol poses to its drinker and the environment, one wonders why many countries are not talking about banning it.

It may be worth noting that the UN SDG 2030 includes reducing the “harmful use” of alcohol. Almost halfway to the 2030 goals, but alcohol consumption surged, especially during the pandemic. Today, while Marijuana, a less addictive, less harmful and less toxic drug,  is illegal in some 129 countries, only a handful of Muslim countries have an absolute policy against alcohol. In addition to this, some Muslim countries observe a Muslim-targeted ban. Many countries’ reluctant policy toward alcohol is based on the outcome of the USA’s 1920 “noble experiment.” In early 20th century, the American government discovered the socio-economic damages caused by alcohol and decided to forbid the manufacture, shipment, and sale of alcoholic drinks. However, the “experiment” reached a deadlock as drinkers opted for illegal liquor production and trade, which became more damaging.

Most countries today have employed the method of overtaxing alcoholic drinks to discourage them. However, it appears this method is no better than USA’s “noble experiment”- as many poor alcoholics opt for bootlegs, leading to their death many times. The problem with alcohol is that it is normalised and indispensable in some cultures. But then, this was the case in pre-İslamic Arabia, where liquor was prominent in the people’s social lives. Some centuries into Islam, wine poems were still very common among the Arabs. But today, the prohibition of consumption of alcohol is well pronounced and praising it is blameworthy both religiously and culturally. Muslim countries like Kuwait, Bangladesh, Libya, Mauritania and Somali still lead the WHO ranking of least consuming states. In addition, many other Muslim majority countries have low consumption. Of course, this is not to deny the somewhat increase in alcohol consumption among wannabe modern Muslims.

Muslim communities’ attitude towards the harmful substance called alcohol is due to the Islamic injunction and the manner with which this injunction was presented to the early Muslims, who used to store alcohol in their rooms.

The Prophet did not wake up one day and tell the people, “O you believers, alcohol is prohibited. If you take it, you will go to hell.”  Instead, verses were revealed on it in three sequences. The fact is that alcohol has highly dependent-producing properties and has a high rate of withdrawal when compared to many illicit drugs. That is, a person who drinks responds physically in a negative manner when the substance is no longer ingested. Thus, it will be of little value to suddenly declare alcohol prohibited. Instead, there is a need to pass through a desensitisation process.

The first verse revealed about alcohol was a reflection on the implication of alcohol.

They ask you (O Muhammad ) concerning alcoholic drinking and gambling. Say: “In them is a great sin, and (some) benefit for men, but their sin is greater than their benefit.” And they ask you what they ought to spend. Say: “That which is beyond your needs.” Thus Allâh makes clear to you His Laws so that you may give thought.” (Baqarah 2:219)

In this verse, Allah appeals to the cognitive capability of Muslims. Ending the verse with “so that you may give thought,” He expects them to think for themselves if alcohol is actually worth it, considering its apparent psychological and socio-economic effects. Although the verse includes that it is a sin, or say, spiritually harmful, it considers that there are unarguable benefits it has, too, as many proponents of alcohol will argue today. But these benefits are not significant and definitely have alternatives as Allah does not put the cure of any illness in what He has forbidden.

While the first verse totally left alcohol rulings to human discretion, telling them to reason, the second one exempted drunks from the most honourable gathering- the salah.

“O you who believe! Do not approach as-Salât (the prayer) when you are in a drunken state until you know (the meaning) of what you utter….” (Nisa 4:43)

The salah is observed in the congregation five times a day. Since no one would like to miss this obligation, especially at its time and with the congregation, there is a creation of cognitive dissonance. A person is left with questions of drink or salah? When to drink? The psychological effects of these choices can be considered desensitisation factors that make one see drinking alcohol as eviler.

Finally, the absolute prohibition of alcohol in the Qur’an came considering both social and spiritual implications. Allah says:

O you who believe, indeed, intoxicants, gambling, [sacrificing on] stone alters [to other than Allāh], and divining arrows are but defilement from the work of Satan, so avoid1 it that you may be successful. Satan only wants to cause between you animosity and hatred through intoxicants and gambling and to avert you from the remembrance of Allāh and from prayer. So will you not desist? (Maidah 5:90-91)

In these two verses, besides a case of prohibition, Allah, yet again, makes us understand the implications of intoxicants and other things mentioned in the verse. The circumstances around its revelation also pose a cognitive challenge to anyone who drinks. Think of these: the times you got drunk and fought or argued with your loved ones, the time you forgot the remembrance of Allah because of the effects of alcohol, the time you wasted your money on drinks when you could have bought a gift for your spouse or children? So will you not desist?

It should be noted that the Islamic law against alcohol is not made up of these verses alone. The Prophet said, “Every intoxicant is unlawful, and whatever causes intoxication in large amounts, a small amount of it is (also) unlawful” (Ibn Majah). The maxim derived from this hadith answers the question of many modern people who tries to debate alcohol around the terms abuse, alcoholism, and simply drinking alcohol. This ruling lifts the worry of uncertainty about who is prone to lose control and abuse alcohol and who is likely to become dependent even after a single use. Moreover, a 2018 large-scale study published in The Lancet, one of the world’s oldest and most prestigious general medical journals, revealed that even small doses of alcohol can be extremely hazardous.

Islam classifies drinking not just as a sin between man and his creator but also as a crime because of the societal disruption it causes. Thus, Islamic law stipulates that one who drinks should be flogged. Alcohol is the mother of all evils in the sunnatic term; hence, flogging the person who drinks will indirectly prevent all other crimes that may come from it. Here, the attitude of the Muslim community towards alcohol is worthy of note. Although there is a punishment for drinking, the Prophet’s action, in the case of Numayman b. Amr, who was struggling with breaking his addiction, has hinted at the use of psychological support for alcoholics. The man has appeared twice in front of the Prophet for the offence of drinking. Some companions cursed him as a result. In his mercy, the Prophet replied, “do not curse him, for by Allah I know that he loves Allah and His Prophet.” Well, as fascinating as the Prophet’s notion of him was, he did not avoid retribution!

The Prophet might have been considerate in stereotyping addicts, but this does not stop alcoholism from being blamed worthy. In fact, the Prophet forbids that one sits at the table where alcohol is served. This ruling curbs the triggering nostalgia feelings for a repentant just as it prevents a non-drinker from indulgence.

Coming back to our days. We see how alcohol is venerated in many cultures. Celebrities share their pictures at bars and wine parties. Billboards and film shows suggest that alcohol is a way to refresh oneself or relax to forget one’s plight. With all these, the world may be unable to get rid of this obviously dangerous substance. Be sure that a country like the USA will continue spending over 200 billion dollars annually on alcohol-related problems.

The world should ultimately learn from Islamic civilisation. Let drinkers and non-drinkers recognise the hazards of drinking. Teach its true nature, as does the Qur’an. Literature and arts should be against drinking rather than for it. Not just driving but also other activities should be prohibited for those who consume alcohol. Sporting facilities, aeroplanes, and other significant locations may not admit drunk persons. Furthermore, every society should foster cultural alternatives like the Muslim Arabs traded alcohol culture for coffee culture. Only when such actions are taken will the world preserve lives, health, money, and relationships lost to the mother of all ills.

Etiketler : Alcohol is harmful but can it be banned? What the world should learn from Islam.
Önceki Haber