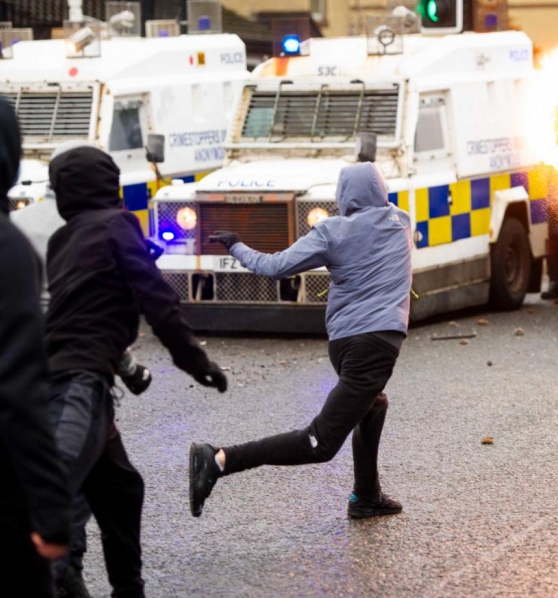 The Islamic Solidarity Games, held for the fifth time between the countries that make up the Organization of Islamic Cooperation, kicked off this year in the conservative Turkish city of Konya from August 9th to the 18th, 2022. During the game, 4200 athletes participating in 24 sports branches from 56 Muslim countries were hosted in Turkey. But even the scene at the opening ceremony would be enough to hurt the emotions of a conscious Muslim and make him wonder if there is anything Islamic about the whole game. Muslim scholars and other devout Turks in Turkey have voiced strong disapproval of these scenes. The programme ostensibly designed for Muslims has been met with backlash by same Muslims because of contents deemed offensive to the religion of Islam. In particular, the wearing of inappropriate clothing and the introduction of un-Islamic concepts at the beginning of the programme prompted criticism. Any event billed as “Islamic” and intended for Muslims must be consistent with Islam and the moral standards Muslims uphold. The fact that athletes from the host country-Turkey were dressed in clothing that violated Islamic norms heightened the intensity of criticism.

This deen is unquestionably Allah’s, and He alone established its norms. His messenger shows followers by his own excellent example of how to live up to these ideals. Simply said, the Prophet of Allah is uswatun hasana (ideal model). Every aspect of existence is influenced by the religion of Islam. Because Islam is more than just a religion—it’s a way of life. The sacred text of this faith is the book that provided the foundation for the society’s distinctive way of life. So, religion is not just a set of beliefs; it can and should be put into practice. As a general rule, Islam warns against selectively applying the deen. You shouldn’t think of Islam as a faith that’s simply concerned with your burial, charity, and pilgrimage or that “salvation ends in the mosque.” Islam does, in fact, interfere with the attire of athletes, particularly during sporting events conducted in the name of Islam.

“…So do you believe in part of the Scripture and disbelieve in part? Then what is the recompense for those who do that among you except disgrace in worldly life; and on the Day of Resurrection, they will be sent back to the severest of punishment. And Allāh is not unaware of what you do.” (Baqarah 2: 85)

Our Prophet (PBUH) said, in his farewell sermon, “I leave you two things. If you follow them, you will find salvation: The book of   Allah and my Sunnah.” These two sources have excellently elaborated on the idea of modesty and its importance. Everything we need to know about the hijab can be found in surat al-Ahzab verse 59 and  Surat al-Nur verse 31. In light of these verses, we as Muslims feel very embarrassed at the games that have been arranged in the name of Islam.

From this unambiguous mandate in the Quran, it is apparent that all Muslim women are to dress modestly. On the contrary, as witnessed with the athletes of the “Islamic” solidarity games, anyone who chooses otherwise should do so under their own name and not associate it with Islam.

Thus, athletes who participate in a so-called Islamic programme should conduct themselves in a manner consistent with the Islam religious texts. Suppose, for any reason, we choose to dress in a way Islam frowns upon. In that case, we must not claim that Islam endorses our choice or try to associate it with Islam and Muslims.

When we examine the stories of nations destroyed as narrated in the Qur’an, we observe that they are often people who mainstream haram. As Muslims, we should be conscious of this. Nothing should be an excuse for normalising nakedness, especially when it is done in the name of the ummah. In surat al-Ahzab verse 59, Allah says:

“O Prophet, tell your wives and your daughters and the women of the believers to bring down over themselves [part] of their outer garments. That is more suitable that they will be known and not be abused. And ever is Allah Forgiving and Merciful.”

Unfortunately, with the conduct at the “Islamic” solidarity games, it is like encouraging the Muslim women to throw away their garments of modesty. This is not the way our Prophet, who instructed that the shape of the woman’s body should not be exposed. The Prophet once received a garment as a gift. He gave it to Usamah ibn Zayd, who in turn gave it to his wife. When asked by the Prophet why he did not wear it, Usamah indicated that he gave it to his wife. The Prophet then said to Usamah, “Tell her to use a ‘Ghulalah’ under it (the garment), for I fear that it (the garment) may describe the size of her bones.” [Ahmad]. Ghulalah is a thick fabric worn under the dress to prevent it from describing the shape of the body.

In light of this, it is surprising that a solidarity game is being arranged in the name of Islam, and the games are played while dressed in ways forbidden in Islam. This development invoked a strong backlash from the conservative segment of Turkey, and it would be better for Muslims worldwide to speak against it. In fact, one may ask, do we want to imply that this kind of behaviour is somehow Islamically acceptable? Or is it in line with the trend of west-sanctioned Islam as against the deen of Allah? It would better be a case of ignorance than a betrayal of trust by our leaders.

Individually committed errors and sins are between the individual and God. However, when our actions spawn societal blunders and character flaws, then they are of a greater magnitude.  Can’t Muslims draw any lessons from the calamities that befall them too? As they move farther away from the rules set by Allah and His Messenger, and their love for the world grows, does the fact that bad things keep happening to them not make them smarter? What’s the point? How can the Islamic Cooperation Organization bring Muslims together under an umbrella if all they can come up with is an unislamic show like this? Is it possible to bring a group of Muslims together if the matter is not Islam? In fact, it’s hard to believe that this organisation really wants to bring Muslims together, especially when they do things like this while Muslims are being brutally killed in Gaza. In this case, we should be able to ask: “O Muslim ummah, where are you heading to?” Best wishes and prayers...

Do we really have an Adolescence problem?