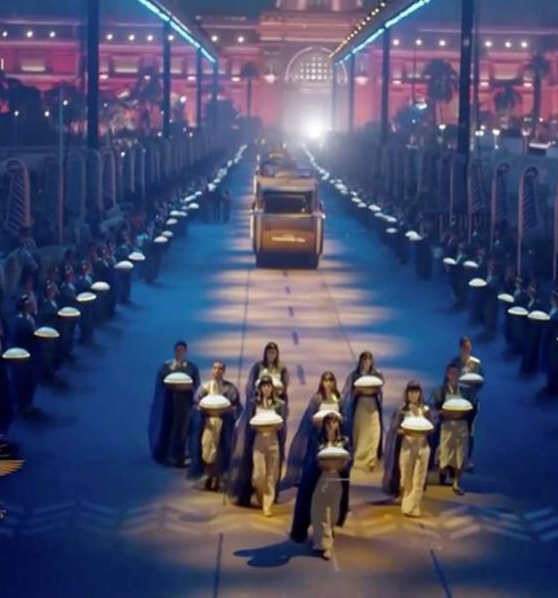 Islam encompasses all aspects of human life and views everything through the duality of halal and haram. The Shariah, the Islamic law, outlines which actions are permitted and which are forbidden. This regulation covers everything about life, including eating, drinking and all other social, economic, and financial aspects of life. Islam is the world's fastest-growing religion, with around 2 billion Muslims residing worldwide, including in non-Muslim countries. The multi-ethnic and global presence of Muslims, as well as the sacred requirement for Muslims to engage in halal activities while avoiding haram, has resulted in an increased demand for halal products and services. People may have thought that the halal industry was only about food and drinks, but it is actually about many other things, like fashion, cultures, the economy, banking, finance, and so on.

Based on the multinational presence of Muslims, the halal industry is gradually becoming a significant part of the global market. Since Muslims demand certain products and services, some key players- including non-Muslims- in various sectors have attempted to create halal alternatives to several products and services. The increase in demand for Muslim products in non-Muslim countries, especially in Germany, England and the USA, is so glaring considering the rate of Muslim immigration. According to one statistical data, the halal market accounts for almost 18 percent of worldwide business. However, there is always a question of who produces and what is produced in the context of the halal market. These questions become more crucial as the famous global brands, trying to attract Muslim buyers, are said to own about 10 percent of the stake in the halal market.

The most famous segment of the halal industry is halal food. This tag has become so popular in non-Muslim countries that evidence shows that many non-Muslims also prefer to eat halal foods. Consequently, this increasing demand has also resulted in many non-Muslim enterprises venturing into halal food like slaughtered cows, goats, and chickens. In fact, in 2010, around 20 billion dollars of halal products were sold in America.

Halal industries also include culture and tourism. This includes all forms of tourist accommodation, travelling and resorts. In some Muslim countries like UAE, there has been extra care to engage in halal hoteling where there will be no alcohol, gambling, bar and other things prohibited in Islam. Besides, separate gyms and swimming pools were made for men and women. In 2022 around 1.9 trillion dollars were spent in the UAE for the purpose of halal tourism. Furthermore, halal products are an essential concern when Muslims are travelling around the world. Muslims (should) opt for airways that carefully provide halal foods and drinks, devoid of all forms of haram such as pork, electrocuted beef, chicken etc. At the same time, provision of places to observe salah, toilet water, and inclusion of Quran and dua menu are things looked forward to in halal-compliant airways. While many Middle Eastern airlines have attempted to meet these demands, it is crucial to note that much remains to be done. For instance, they may also consider policies that help curb free mixing with non-mahram.

The industry for halal fashion is also increasing all over the world. Clothing being a basic need of mankind, the halal fashion segment seems to concern everyone, especially Muslim women. Because of the increased demand for halal wears in non-Muslim countries, as well as Muslims' interest in diverse styles and brands, numerous local and foreign brands have ventured into making these wears. However, the dilemma today is that many styles marketed as "halal styles" have little to do with the Islamic rule of clothing. Thus, this calls for caution both by the producers and the buyers. We need to understand that the halal is stipulated by Allah's law and not the laws of trends and the fashion industry. Moreover, what is not modest in the Islamic sense should not be sold as one.

In conclusion, it is essential to note that although the halal industry is developing all over the world, there is still debate going on in terms of how much these products are really halal. For instance, many people claim that chicken and cow are slaughtered in a halal way, and their meats were packed by using halal logos, but in reality, they have not followed the shariah standard of producing the meat. In addition, there is debate on how halal the halal tourism is. For instance, in some “halal” gyms or swimming pools, Muslim women are allowed to do their activities side by side with men by covering awrah. However, many Muslim scholars are arguing regarding these issues where Shariah really allows these sorts of activities in a free-mixed area. In this case, it is necessary to monitor these halal industries in order to ensure that these products tagged halal are, in a real sense, halal. Moreover, it is necessary to increase the research and awareness on these controversial issues, just as we encourage the halal industry to grow and be more accessible to all Muslims worldwide.

Is Putin trying to restore Russia to its Tsarist, Orthodox past?

Australia: Senator referred to Queen Elizabeth as a colonist. Is she indeed one?