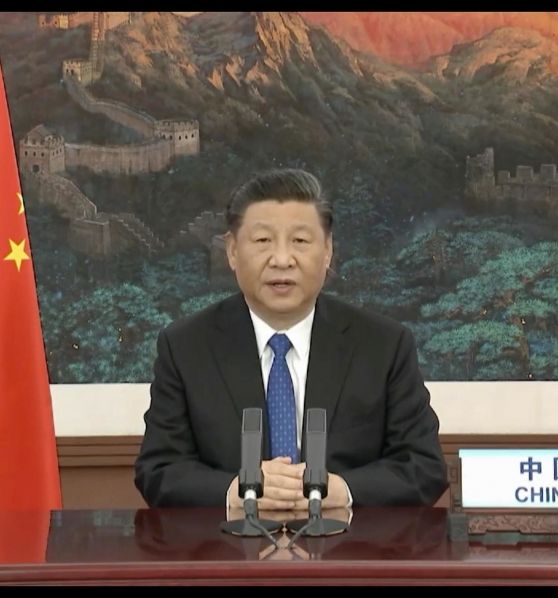 “The world has changed, and our country is, most of the time, attacked by public opinion... Africa is a laboratory for this...  Our ambassadors need to be aggressive in their reaction and address this issue on social media.”

These are a few words from French President Emmanuel Macron’s speech at the 2022 annual conference of France ambassadors held on September 1, 2022, at the Élysée, Paris. In this period of global diplomatic turmoil, some believe that the message of the French president seems rather a message of distress than firmness because it depicts the gravity of the challenge facing France these days. Others perceive the approach as reckless as it is often said in Africa: “At the time of the crisis, the wise build bridges and the foolish builddams.”

Macron’s presidential term has been troubled by delicate crises, both domestic and international. Although the country has been criticized for still adopting neo-colonial attitudes toward its former colonies, the young president seems to have controlled the situation and endured the pressures. After swamping African countries with news agencies that publish directly in indigenous languages, it is common to hear Radio France International (RFI) broadcasts in Bambara in Mali, Mossi in Burkina Faso, Hausa in Niger etc.; this is true for most news agencies under France Media. However, due to the recent series of geopolitical events, the problems seem to be getting out of control.

However, due to the recent series of geopolitical events, the problems seem to be getting out of hand.

The Real Threat to Mr. Macron and France

The conference was preceded by a tour by the president to several African countries: Cameroon, Benin, Guinea Bissau, and Algeria. During the trips, the president kept repeating their diplomatic crisis with Mali and some propaganda initiated by China, Russia, and Turkey. Many have speculated that France has just launched a campaign in its former colonies to strengthen its bond with these nations on the eve of a dwindling influence that has lasted so long.

There have been many crises that Mr Macron has sought to stem, including the months-long Yellow Vest protest and his “attempt” to mediate the Russian-Ukrainian conflict; however, it is difficult to turn his back on the rise of the anti-neo-colonial revolution in many parts of Africa. This is led by resistance from the transitional authorities in Mali as the country’s current leaders expelled the France ambassador and his army and then summoned him to the UN Security Council for proven support for terrorism. Mali is also beginning to diversify its partnership by signing new security and economic agreements with Russia, Turkey, Iran and China. It is obvious that the new bloc with which the African country is now collaborating is different from the classic Western bloc where France is an active player.

All this is accompanied by young influencers, dynamic on social networks, who fight for the cause of Africa and are determined to fight the actions of France on the socio-political and economic scene of the continent. France conspicuously fears the decline of its influence in its colonies but also a significant loss of income from the extraction of natural resources in these very rich lands of Africa. Therefore, they blame the new powers that seek to invest in Africa to fund propaganda and supposedly fuel anti-French sentiment on the continent.

Many believe France has always kept its position in its former colonies because it has, until today, neglected resounding voices for freedom and independence. With the constant interference in the governance of these countries, it would clearly turn out that there is a certain negligence, even a bad intention, on the part of France.

The mere fact that President Macron blames Russia, China and Turkey for the anger Africans portray against France these days demonstrates how much his perception of Africa has not changed. It shows how much he underestimates, even despises, Africans. France, like many imperialist countries, seems not to accept or realize that Africa is changing and that Africans can initiate and lead a revolution for the betterment of their continent. Nowadays, educated and awakened young Africans, thirsty for freedom and change, influence the governance of their countries. With the advancement of technology, their voices cannot be ignored; their message reaches every corner of the world. Therefore, it will be wise to listen and listen carefully and respectfully.

Macron has already tried to approach the problem differently, for example, by inviting “selected” personalities (by France) of the younger generation to exchange on his country’s relations with the continent. However, all his efforts have failed because the root of the problem, his neocolonial stance, seems to have never changed. Later, he blamed other countries for wanting to expand their influence in Africa. Would this be an underestimate or a contempt?

The world has changed, as has people’s mentality, and Africans are no exception. After three centuries of slavery, two centuries of colonialism and neocolonialism, Africans have redefined the independence they need and claim full sovereignty over their territories. This is because the new generation is highly educated and sees the world differently from their grandfathers. France, unlike many ex-colonizers, seems not to have accepted this bitter reality and clings to its posture, which now remains archaic.

It is a fact that many of the former French colonies, especially those in Africa, are revolting against the European country and are not seeking any interference in their local and international affairs. However, France still repudiates the truth and needs a more respectful relationship with the continent. In any case, it should know that an African proverb says: “if you close your eyes to facts, you will learn by accidents.”

Mali: What does the withdrawal of French Troops mean for regional harmony and peace?