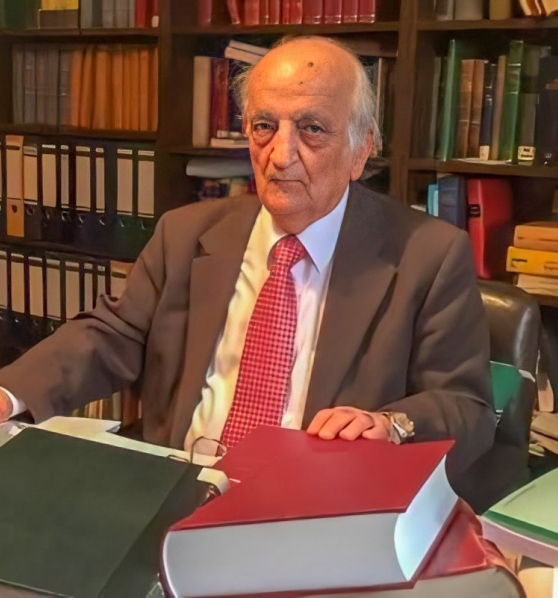 Following the terrorist events on September 11, 2001, George Bush launched a global war on terror, an international, American-led military campaign. George Bush outlined an extensive strategy and planned to track down and eliminate terrorists worldwide. A list containing the names of the perpetrators and those supporting or sympathising with them was created. The war on terrorism was waged not only on the “culprits” but also on everyone who justifies their act or feels pity for them. However, this war declared by George Bush is supported and also criticised by different people with different views all around the world. It affected the political and economic standards of several countries. On September 24, 2001, the President announced that he had signed an executive order to freeze the assets of terrorist groups and other entities that funded terrorist activity.

This and many other actions have even augmented the several theories that 9/11 was scripted. For instance, some people, like the former governor of Minnesota, Jesse Ventura, believe that the FBI and the NIST investigations were insufficient and lacked legitimacy. He emphasised that the atrocities were immediately blamed on people without proper investigation. Nevertheless, the topic of discourse here is not the incident of 9/11 but the aftermath- the US-led war on terrorism.

The Invade of Afghanistan and the Middle East

The war on terror announcement of George Bush on September 24, 2001, changed the destiny of a whole nation and its people. After the agreement with NATO was signed, a military division was sent to launch an attack in Afghanistan. George Bush stated that the initial strikes were against the al-Qaeda training camps and Taliban military installations. In addition, he promised the citizens of Afghanistan humanitarian aid and help. Unfortunately, it is seen that the strikes launched against the terrorist group did not only weaken the nation itself but also had a finger in the radical and murderous rise of other terrors in the Middle East.

Since George Bush promised not only to deal with Afghanistan but also with everyone who supports or sympathises with them, the campaign of the war on terrorism also reached countries like Syria and Iraq.In 2002, George Bush argued that Iraq was part of the countries that made the 9/11 attack on the United States vulnerable because of Iraq’s alleged continued possession and continuous manufacture of weapons (an accusation later proved erroneous). George Bush declared an end to diplomacy when the other leaders, such as French Pres, Jacques Chirac and German chancellor Gerhard Schroder saw a need to extend the inspections to see if the accusations were true. Eventually, the US was instrumental in the death of Saddam while another war was going on in Afghanistan.

Furthermore, the war set out against terror extended to Syria. Ammunitions were brought in to help YPG in the disguise of fighting against ISIS. From here, we understand that the United States made the trafficking of ammunition very easy in the Islamic states. The groups with radical ideologies roaming unharmed are being seen armed because of the weapons brought in. These ammunitions quickly spread in into markets, and more terror was escalating.

The global war on terror and the Muslim interests

After the war declaration by George Bush and his classification of the Muslims into two, “Good Muslims & Bad Muslims”, the theory of “It’s either you are with us, or you are against us” was also formed. The Muslim classification of Bush caused many problems in the Muslim world, whereby Muslims started to suspect each other. Calling to the religion became an act of terror and fundamentalism, which is blameworthy within the concept of “war on terror”. The Islamophobes, on one side, trying all they can to make the world see a defect in Islam, were weaponised. On another side, laxative Muslims find it more convenient to promote their water-downed Islam.

The Anti-Terrorism war declared by George Bush affected a lot of Islamic charity organisations and foundations. On September 24, 2001, He announced that he had signed an executive order to freeze the assets of terrorist groups and other entities that funded terrorist activity. This nevertheless has a blanket impact on the flow of aid in the Muslim world. It has thus made international charity, and dawah activities met with suspicion.

9/11 and terror in the Muslim world

Without a doubt, every religion has a policy of peace and war. The Islamic stance on the use of violence is unambiguous, and it has nothing to do with terrorism. Clearly, after September 11, the Muslim world experienced a dramatic rise in terrorist activity. However, some of the causes of the emergence of new terrors in Muslim lands cannot be separated from the post-9/11 USA policies.

The method of violence is applied in oppressed countries such as Afghanistan, Iraq, Syria, and Egypt. The activities carried out by the West to design and shape the Islamic world has caused some Muslims to take up the issue of the right to defence. This indiscriminating oppression is a notable factor in the rise of another phase of terror. The Muslims exposed to violence and injustice in their land are often left with no choice but to think of using the same method as a response and defence. An excellent example of this is the Israeli violence and oppression in Palestine.

Unfair policies like the Guantanamo detention have also raised many emotions, led to radicalisation and might have well-created spies carrying out the political bid of their paymasters. Guantanamo Bay detention centre is the site selected by George Bush for the detention of the captured terrorists and their allies. This detention symbolises George Bush’s policy on the “war on terror”. He claimed that Guantanamo is necessary to defend Western values and democracy. However, it seems it has created more terror than solved terrorism.

The fact that some Islamic groups with radical ideologies were inspired by the brutality used by the West to achieve their goals. This, coupled with the fact that several foreign powers pursue certain economic and political interests in the Muslim world, had led to full-time weapon trafficking into the Middle East and other parts of the Muslim world.

After 21 years of fighting what is supposedly a war against terrorism, we are witnessing a growth in the number of terrorist attacks and terrorist organisations. The Global Terrorism Index (GTI) of 2022 discloses that "attacks grew by 17%" since 2007, despite the fact that it claimed that the impact of terrorism has decreased. Is it true that there has been a decline in the number of terrorist attacks since the United States began devoting so much resources to the battle against terrorism across the globe? Is there a lower overall rate of violent crime? Is there less oppression being committed overall? Or has the so-called "war on terror" actually resulted in an increase in acts of terrorism or institutional violence?