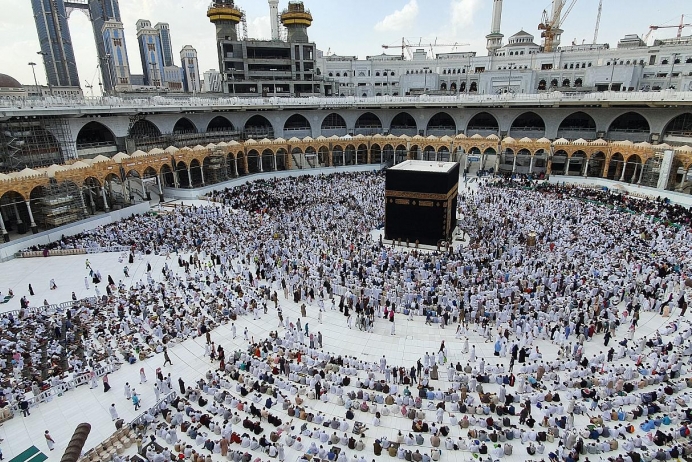 (Translated from Turkish by Zekiyenur Gök)

My dear brothers and sisters, Alhamdulillah, we are together again in a conversation of consciousness. Endless blessings and praise to Allah, who has allowed us to come together as a community of brothers who love, believe, and trust each other. I seek His blessings and mercies for the seal of prophethood, our noble Prophet Muhammad al-Mustafa. In this lesson, we will cover the subject of “Consciousness of Mosque and Prayer with Congregation”.

My brothers and sisters!

Islam is a communal religion, and its provisions are concentrated on society and the congregation. Moreover, the centre of this deen is the worship we observe in our mosques. They are places that bring together believers at least five times a day and weekly on Friday. Aside from these, the mosque has served as a centre of knowledge, wisdom, and consultation. Allah says:

“The mosques of Allah are only to be maintained by those who believe in Allah and the Last Day and establish prayer and give zakāh and do not fear except Allah, for it is expected that those will be of the [rightly] guided.” (Tawbah 9:18)

The maintenance mentioned in the verse can be understood in two ways. The first is the material and physical development of mosques. The other means spiritual growth. Just like we invest so much into the construction, physical beautification, and maintenance of the mosques, the spiritual and non-material aspects of their development should not be neglected. There is no point to that huge, magnificent, ornate, beautiful mosque when its congregation in it is missing, or there is absolutely nothing of sound knowledge and wisdom going on in it. Moreover, it may be necessary to state that there is always a need to be moderate in the contractions of Mosques to avoid wastage and accommodate the mosque’s purpose, which is to bring the congregation together.

Our Prophet migrated from Makkah to Madinah; he waited for a while in Quba, where the first thing he did was to build a Mosque. This action informs us that Islam is the religion of the community. The congregation is one of the most important concepts in Islam. Prayer is performed in congregation, and as believers and Muslims come together, they consult about their affairs. Quba Masjid, as Masjid an-Nabawi, is a mosque built on taqwa and is exemplary in both the material and spiritual development of the masjids.

So how is a mosque built on taqwa?

First, all deeds are based on intentions. When a mosque is being built, it should be built for the sake of Allah. It should not be to brag that “our mosque is bigger than yours”, not for show, and especially should not in any way have anything to do with haram. Thus, the first important thing is that the mosque built with the intention is halal, not haram. Even when the Abu Jahls- the polytheists of Makkah- declared to rebuild the Kaaba after it was destroyed, they announced, “Oh, don’t bring anything forbidden to the house of Allah.” Upon this, all the values, money, gold, and silver they believed to be halal came, but it was not enough, and they said: “What are we going to do?” “Instead of bringing haram into the house of Allah, let us leave a part missing.”

Today, that consciousness is lost, oh my esteemed brothers and sisters! If you build a mosque; it is necessary to take from what is halal alone and have it done in a modest manner. One might think, “I want to have a huge mosque built on the side of the road for everyone to see, with my name boldly on it.” No, this is never what is wanted and should not be. This is not what the Prophet has exemplified to us.

While the Masjid an-Nabawi was being built, they said: “O Messenger of Allah, we shall build such a great masjid that the East and the West will talk about it.” The Messenger of Allah said, ‘No’. “Doomsday will come quickly, who knows? It was said to me, “Build a simple mosque with a light cover like the arbour of Musa (AS)”. That masjid is Masjid an-Nabawi! Like a madrasa, it housed the ashab al-Suffa- one of the pioneer schools of Islam and a boarding school from which some of the greatest sahaba emerged.

The functions of the mosque

Going back in history, we see various mosques’ activities during the caliphates’ era. We see that there were knowledge and wisdom in the masjids… For example, they talk about Damascus… There were so many mosque lessons in Damascus that one of the mosques read Hanafi fiqh and the other Maliki fiqh. Fiqh was read in one corner of the mosque and tafsir in the other, and small classrooms were built right after the mosque was finished. The mosque and the madrasah were practised together. Our Prophet (PBUH) says: “No people sit in a gathering remembering Allah, But the angels surround them, mercy covers them, tranquillity descends upon them, and Allah remembers them before those who are with Him.” (Ibn Majah)

“The Messenger of Allah came out of one of his apartments one day and entered the mosque, where he saw two circles, one reciting Qur’an and supplicating to Allah, and the other learning and teaching. The Prophet said: ‘Both of them are good. These people are reciting the Qur’an and supplicating to Allah, and if He wills, He will give them, and if He wills, He will withhold from them. And these people are learning and teaching. Verily I have been sent as a teacher.’ Then he sat down with them.” (Ibn Majah; graded weak)

The fact that pledges of allegiance to caliphs were made in the mosques is another evidence of the mosque’s social and political importance. The mosque was not merely a place to pray and go but a communal space where various events took place and announcements of social significance were made.

My respected brothers and sisters, if there is a need, the masjid built without wasting a huge amount is very valuable. Because the Messenger of Allah (PBUH) said: “Whoever builds a house for Allah, Allah will have built a house for him in Paradise.” Of course, the mosque that is built should be void of hypocrisy, arrogance, ostentatiousness, and insincerity. Moreover, mosques should have proper zoning to take their congregation to the fullest. For instance, there are such communities and neighbourhoods where if you gather all the people in a mosque, it will not fill half of it, but then, you still see people race to build a bigger mosque again on the next street. This is not appropriate

My dear brothers and sisters, it should not be forgotten that the Hour will not come until people brag about each other about mosques. We have to stop this! It is forbidden to construct a mosque just to boast about it. It is prohibited to build masjids that inspire pride in other people. A masjid is a house of worship, a place of modesty, and a place where a servant remembers that he is a servant no matter where he is but pays closer attention to his words, deeds, and gaze while he worships Allah.

In light of these, let’s make the mosque a place where individuals, including kids and youngsters, often visit to enjoy the spiritual atmosphere. Let us make the mosque’s knowledge hubs of our communities and the centre of our charitable efforts. This will indeed be reminiscent of the time when a mighty, authoritative, and influential Islamic civilisation rules the globe.

O Allah, keep us alive with our faith that you have guided us. Let us come to your presence with faith and deeds that you are pleased with. Grant guidance to those who have not been given faith. Include us and the dead Muslims among the servants you forgive. Amin…