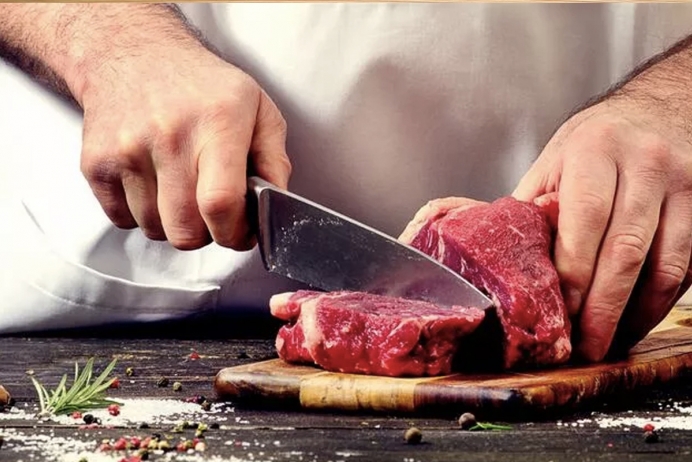 Omar al-Mukhtar Muhammad bin Far al-Manif, popularly known as The Lion of the Desert, was a Muslim hero, an ascetic by night, a mujahid by day, a scholar, and a wise person; He is among the most influential Muslims of his generation, and his greatest achievement, we can say, is that he instilled in the young Muslim generation a disdain and scepticism of imperialism. Omar al-Mukhtar was born in Butnan, Libya, in 1862. He received his primary education from his father. He completed his higher education by enrolling at the Sanussiyya madrasah, which had a significant influence in North Africa. After graduating from the Sanussiyya madrasah, he taught for many years in the madrasah’s branches in several cities. In 1899, he joined the Jihad movement of al-Mahdi as-Sanussi to prevent the French occupation of northern Chad. (He made jihad to prevent the French invasion of the Veday sultanate.)

A new era began for Omar al-Mukhtar when the Italians began to occupy Tripoli on September 27, 1911. As they set foot in the land of Islam, the property, life, honour, and religion of the Muslims were left to the discretion and mercy of the non-Muslims. Omar al-Mukhtar left his teaching and sheikh status in the madrasa and formed a volunteer unit of one thousand people from his madrasah and tribe to undertake a jihad against the invading Italian infidels. It was time for the “Jihad” for Muslims. This jihad was an obligatory one that every Muslim should participate in rather than a voluntary one that can be covered by the actions of a group of Muslims. Therefore, this jihad was “fard ayn”. It was essential to wage jihad in order to put an end to the unbelievers’ dominance and restore peace and prosperity to the Islamic homeland.

The Ottoman State had left Tripoli to the Italians with the Treaty of Ouchy. Even though it still tries to support the people of the region. In the defence against Italians, numerous difficulties were encountered during this jihad movement. But Omar al-Mukhtar and his students continued to struggle with the same excitement and love as it was on the first day. This jihadist army, which did not deviate from the target by an iota, fought guerrilla warfare against the Italians for twenty-two years, leading the Italians to suffer heavy losses.

The main reason why Omar al-Mukhtar lost to the Italians was that the Muslims inside were not entirely behind him. It wasn’t just the Italians that Omar al-Mukhtar was up against; some local troublemakers, including some in his own inner circle, were actively working against him. The scholars who made a deal with the Italians to supposedly protect their mosques and madrasahs and condoned their oppression are also important reasons for Omar al-Mukhtar’s loss. However, it was worth noting that when the believers hold on to the rope of Allah and are united, Allah will definitely grant them victory.

The infidels offered some money and goods to Omar al-Mukhtar twice, in 1923 and 1929. Omar al-Mukhtar stated that believers are not people for sale and that Allah will give the most incredible gift by buying their wealth and souls in return for paradise, and he rejected these offers very harshly.

The unbelievers were using all methods to erode Omar al-Mukhtar’s grip. They were buying some leaders among the Muslims to make the jihad movement unsuccessful. But those leaders did not know the Qur’anic truism that they will never be pleased with you until you follow their faith. For instance, Idris al-Sanusi, also one of the leaders of the Sanusi movement, did not speak against Italy in return for a comfortable life in Egypt. He surrendered the city of Al Jaghbub - an oasis in the eastern Libyan Desert- to the Italians without a war. As a matter of fact, in 1930, the Italians closed all mosques and madrasas and imprisoned the teachers and sheikhs. Not even their supporters were safe from his abusive behaviour. Scholars, who were weak in terms of world goods and blessings, started to give up the jihad movement in return for different offers. In fact, they were trying to drive the people away from the mujahideen by making propaganda against the Muslims who were waging jihad against the invading non-Muslims.

The jihad movement was weakened by the sellout of some tribes and scholars by the Italians. In 1929, a new era had begun for the Libyan people and the jihad movement. Italy, which had been weak against Muslims for 20 years - supposedly becoming a technological giant - began to be defeated. To prevent this, the Italians became even more brutal and started massacring people. Even people who did not participate in the movement were killed. Libya had now turned into an open-air prison. In the hot desert environment, communities were taken to camps of 20 thousand, 30 thousand and 40 thousand people and left to hunger and thirst. Mass killings began in Libya. In 1930/32, 30,000 people died of starvation and disease in the Brega concentration camp, one of the hundreds of camps opened by the Italians. Most difficult days had begun for both the Mujahideen and other people living in Libya.

The Death of Omar al-Mukhtar

On September 11, 1931, Omar al-Mukhtar and his fellow mujahideen were ambushed and taken hostage. On September 15, the Italian sham court ended his death sentence; thus, he was hung to death on the following day in front of 20,000 people. May Allah grant him martyrdom.

During the so-called trial, when the Italians offered to let al-Mukhtar leave the country on the condition that he called on his mujahedeen to give up their armed fight, al-Mukhtar made what would become his famous quote:

“My forefinger, which attests at each prayer that there is no God, but Allah and that Muhammad is the Messenger of Allah, cannot write a single word of falsehood. We will not surrender; we will be victorious, or we will die!”

“Among the believers are men true to what they promised Allāh. Among them is he who has fulfilled his vow [to the death], and among them is he who awaits [his chance]. And they did not alter [the terms of their commitment] by any alteration” (Ahzab 33:23)

In the aftermath of the death of Omar al-Mukhtar, the communities that collaborated with the Italians, escaping from the jihad and worrying about their goods, understood the truth after their country was taken from them. Because the Italians were burning down madrasas and mosques and slaughtering the people, but it was too late. Moreover, history has forgotten these people while people continue to commemorate the mujahideen and Omar al-Mukhtar, who fought fondly against the imperialists. Muslims continue to pray for them, and Omar al-Mukhtar was given the title ‘Sayyid of the People’ and, of course, ‘the Lion of the Desert.

Omar al-Mukhtar, who spent the day as a mujahid and the night as an ascetic, is perhaps a prototype for those who lay claim to Sufism today. He was both a sufi, a teacher and an army commander who made jihad to protect his homeland, nation and honour against infidels. Omar al-Mukhtar completed his exam, and we pray Allah grants him Jannah.