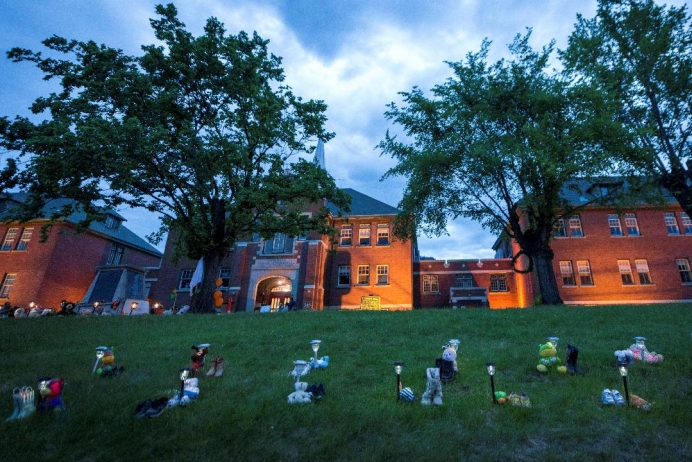 In September 2011, it was Turkish President Erdoğan’s first visit to Cairo. It was a new beginning for the consolidation of the keystone Turkish-Egyptian relations of the Muslim Brotherhood; they had the cornerstone they wanted and the country’s most significant political and social power. Close cooperation and rapprochement with Egypt were targeted months ago as the Turkish government strengthened relations with the new Egypt that ousted Hosni Mubarak.

A few months after Mohammed Morsi came to power, Turkish President Erdoğan made his second visit in November 2012. The meeting between the two largest Sunni countries of the Middle East led to very fruitful and strategic relations. At that time, Egypt aimed to establish a strategic coalition in the field of security, economy, and military under the leadership of Morsi and to solve all the problems that arose regarding the demarcation of borders in the Mediterranean.

However, during that time, the United States and several countries in the Gulf, including Saudi Arabia, the United Arab Emirates, Bahrain, and other countries such as Jordan, were in close contact with the Egyptian army. Everyone knew that the success of Morsi’s Islamist government would threaten the regimes in the Gulf and even the rest of the Middle East. Therefore, in June of 2013, a military coup led by Sisi, the then Egyptian defence minister, was carried out successfully.

Turkey, represented by the Justice and Development Party (AKP), had a serious reaction for many reasons, including the imprisonment of Morsi and the coup d’etat against the Islamist government.

1- People were severally persecuted as a result of the coups.

2- It was a blow against the anticipated strong alliance between Turkey and Egypt. It was hoped that both countries would become superpowers in the Middle East and the Islamic world.

Erdoğan realized that Saudi Arabia, UAE, and Bahrain were behind the military coup in Egypt and its success. Thus, the relationship between the two sides has been intense since 2013. The coup attempt in Turkey in 2016 made this process even more strained and tense. To make matters worse, Turkey was the greatest supporter of Qatar after the blockade imposed in the summer of 2017. Turkey’s close cooperation with Qatar and its great support, especially in the military, security, and food issues, made gulf countries perceive it as hostile and has made their “foe” even more potent.

But, as it is popularly said, “the straw that broke the camel’s back” was the murder of Saudi Arabian dissident journalist Jamal Khashoggi, committed in the Saudi consulate in Istanbul in October 2018 the following year. Turkey was put in an embarrassing position in the eyes of the rest of the world due to the assassination of a man and the subsequent disappearance of his body in Turkey’s largest and most important city. Thus, the government perceived this assassination as hostility against Turkey.

As a result, the authorities pushed the murder case using sympathetic Arab media such as Turkey and Aljazeera television, both of which covered the Saudi Arabian embassy around the clock. The situation escalated into a political crisis until a security team in Turkey brought to light the murder case. After that, there was a significant rift in relations between Turkey and Saudi Arabia due to the fact that Mohammed bin Salman, the Crown Prince of Saudi Arabia, was the primary instigator suspect in the murder.

Politically, the relationship between the two sides has since turned into a kind of alienation. As a result, Saudi Arabia boycotted the Turkish economy -unofficially-, banned imports from Turkey, and prohibited its citizens from going to Turkey without the permission of the security authorities. These things affected the foreign trade volume between the two countries, and Turkey lost billions of dollars. Moreover, the Coronavirus crisis that broke out at the beginning of 2020 also negatively affected the value of the Turkish lira in the international market.

Turkey was subjected to tremendous political pressure. Egypt, Greece, and Greek Cypriots formed a semi-military alliance with Saudi Arabia and the UAE against it in the Middle East and Southern Mediterranean. These countries conducted military exercises in the Mediterranean many times. Against these threats, Turkey signed a maritime border agreement with Libya to protect its rights in the Mediterranean. The Gulf agreement with Qatar on the one hand and the blockading countries led by Saudi Arabia on the other resulted in the Al-Ula declaration in Saudi Arabia on January 5, 2021. This would open a new chapter in gulf-gulf relations. The iceberg between Saudi Arabia and the UAE, on the other hand, Turkey, which provides military, security, and political support to Qatar, has started to melt, and the US withdrawal from Afghanistan in August 2021 accelerated the rapprochement between Turkey and the UAE.

For all these reasons, as a sign of goodwill of Turkey’s will to reconcile with Saudi Arabia, the Jamal Khashoggi case was closed in the Turkish judiciary and transferred to the Saudi Arabian judiciary. Qatar also played a vital role in mediating between Riyadh and Ankara. Ultimately, the Presidency of Turkey announced in Ramadan that President Erdoğan would soon visit Saudi Arabia. The crown prince of Saudi Arabia responded with a visit to Ankara on June 22, two months after this visit.

According to the joint press statement released by the Turkish Presidency, the bilateral meetings resulted in the creation of a Turkish-Saudi coordination council that will be established soon. Additionally, cooperation in air defence, technology, health, energy, climate, and tourism will be expanded.

It is noteworthy that the crown prince is on a regional trip, which includes a visit to Egypt and a meeting with Sisi, a visit to Jordan, and a meeting with King Abdullah bin Hussein. Perhaps this - Biden’s visit to the region, which will be a month later, and 5 in Saudi Arabia meeting with the leaders of the gulf country, Egypt, Iraq, and Jordan – is to create a new Middle East defence alliance between these countries and Israel in the face of the Iranian threat, which is increasingly followed by China in the region.

If we read from a broader perspective, we will see that this American strategy, which tries to establish regional security and military alliances, is not limited to the Middle East. On the contrary, the “QUAD” alliance established in 2007 is older than that. Late last year, America, led by Biden, started to activate it. It is an alliance that brings together the USA, Japan, Australia, and India- China’s traditional enemies and main rivals in Southeast Asia and the Pacific.

Similar to this alliance, America formed the “AUKUS” alliance, which includes Australia and the UK.

As we have seen, it is Anglo-Saxon security and military alliance whose aim is global coordination against the great dangers these countries face, with China leading the way. First, there is the threat of China, and then the threat of Iran and Russia. For all these reasons, the USA plays according to the strategy of “advanced regional alliances” under its auspices to fight its enemies.

Against the communist and socialist offensive in Central and Eastern Europe, it is a strategy very similar to the reasons that led to the establishment of “NATO” in the early fifties of the twentieth century, with the Western European countries, America, Canada, Turkey, and Greece.

In the coming weeks and months, we will see the progress of Saudi-Turkish relations in terms of increasing the volume of strategic and economic cooperation, especially in the field of defence. According to many strategic and security reports and analyses, Saudi Arabia has been interested in Turkey’s Bayraktar drone for a while, especially against the Houthi attacks and protecting the airspace from Iranian-made drones and missiles.

Etiketler : Why did Turkey and Saudi Arabia decide to make peace?
Önceki Haber