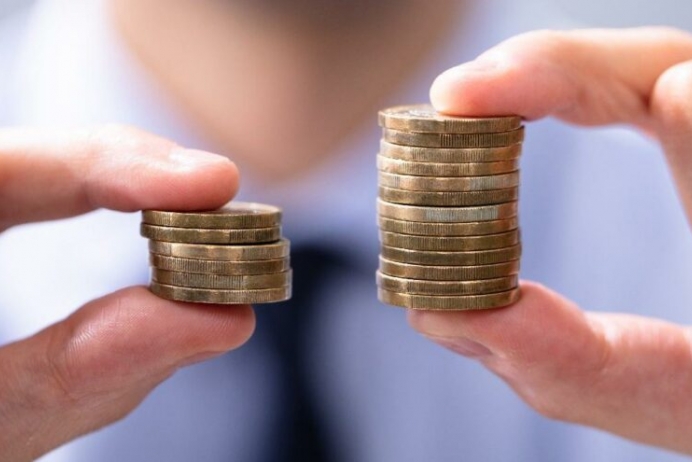 We honour our dead ones and remember them lovingly, but Elizabeth II is not our death. She is a member of the British royal family, which has an unwavering sense of superiority. Of course, it won’t do us any good to disparage her. Thus, this article was penned to remind us of something that should not be forgotten: No matter how noble you are, even if you are from the wealthiest family in the world, if you live the longest, even if you rule the people for the longest time, the time of reckoning will come one day.

The head of the British Royal family, the custodian of the “nation where the sun never sets,” has passed away. Elizabeth II, according to some, the embodiment of grace, according to others, the embodiment of exploitation, ended her 70-year reign on September 8, 2022. She was one of the longest reigning queens in the world. As expected, her death was trailed by different opinions. Some said the English queen was a naive lady, and some shed tears for her; there were even people who performed Umrah for her. Others made the killings her country committed, the countries it occupied during her reign, and the tears shed in these countries a topic of discussion.

One of the topics that dominated the debate was the origin of the British monarch crown’s precious stones. South Africans and Indians have begun to call out that the diamonds in her crown were stolen from these countries and should be returned for her. In Kenya, calls are growing for the repatriation of the head of a famous tribal leader who led a resistance struggle against colonial control over a century ago. Some members of the Commonwealth realm, like Jamaica, are increasingly demanding to opt out of the group of nations under the crown of English. But then, one wonders why all these are online coming now and not before the queen’s death.

On the other side, even though it’s been 60 years since the British left the Middle East, these countries mourned the most when the queen died. Jordan declared seven days of mourning; Lebanon, UAE, Kuwait, and Bahrain 3 days; Pakistan and India declared a day of mourning. All these happened even when England had exploited these countries for years and left blood and tears. So, one wonders, what if Jamaica became independent? Will they really have an independent mind?

England is known as the empire where the sun never sets. Fourteen countries such as Canada, Australia, and New Zealand, constitute the countries that are still affiliated with the British Royal family. These countries have prime ministers but are governed by governors-general appointed by the British king. Ironically, England, which supposedly spread democracy to the world, distributes freedom, determines the education system in the world and talks about democracy in education systems, is governed by a monarchy. Although, many people will naively say that the monarchy is just a representation and does not have anything to do with the state. This, of course, is far from the truth. Amazingly, the British armed forces- the ‘Royal Air Force’ and ‘Royal Navy’ joined other armed forces in the west to spread the ‘message of democracy in other parts of the world, coordinating coups and exploiting the nation’s natural resources.

Today, even though the British royal family is painted as unofficial, its influence on the government and populace of the commonwealth realm cannot be overemphasised. The fact that the palace and not the Prime minister was the first to officially declare the queen’s death is a clue to the palace’s influence over the parliament. The kings and queens are officially the heads of the Anglican. A post that gives the crown some form of sacredness and inviolability. Therefore, the public support of the British royal family to their kings or queens in colonial countries is full. Thus, when it comes to politics, the crown takes the praise while the prime minister takes the blame.

The British Royal family continue to own the ‘crownland’ and personal royal estates in member countries of the commonwealth realm. These colonialist gains have made the royal family one of the wealthiest families in the world. The family enjoys many privileges other citizens do not enjoy outside the UK. In the UK, they enjoy especially legal statuses, which makes them not to be tried, in many cases, like other citizens. Of course, the king or the queen enjoys immunity as head of state.

Elizabeth II’s reign may qualify as the reign that has directly or indirectly taken part in the killing of most Muslims in the world. Perhaps even more than Genghis Khan. During his 70-year rule, many Muslim countries were looted, and millions of people were killed in every looted country. Apart from those who were killed directly, more people died from strife, mischief, and internal conflict that the western coalition, which included the British armed forces, left behind. The Iraq War, the occupation of Afghanistan, the occupation of Libya, and the ‘Great Middle East Project’ all happened during the Elizabethan period. While these were happening during her time, the leaders of many countries, especially the Muslim people, participated in Elizabeth’s mourning and funeral service, even though these people did not show such respect to the leaders of their own countries. In many Muslim countries, flags were lowered at half-mast, and one-day, two-day and four-day mourning was declared.

Generally speaking, we should realise that debating whether a country should be a monarchy or a sultanate is a waste of time since there is no concept of monarchy, sultanate, or democratic republic in Islam. Justice is a cornerstone of Islam, as evidenced by numerous verses of the Qur’an and the sayings of the Prophet Muhammad (PBUH).