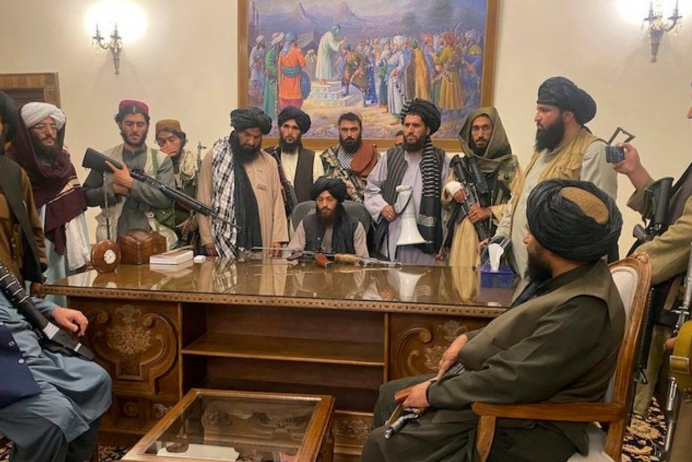 Elon Musk, the world’s richest man, officially closed his Twitter deal last week following a series of legal squabbles with the previous owners. The transaction has been the talk of the town, prompting reactions from not only the corporate and technology worlds but also from political circles. The deal’s conclusion has undoubtedly caused elation in some quarters. Many individuals regard Elon Musk’s acquisition as a long-awaited step toward more freedom of expression and belief on the social media platform. Elon Musk also demonstrated this in a tweet following the purchase: ‘the bird is freed.’ But what exactly is the bird free of? Is it truly free?

One might wonder why anyone would care that a rich man purchased a property. But then, this company’s ownership transition is certainly worth discussing. We’ve all got a stake in it, albeit as side commodities rather than owners. Although Twitter has fewer users than Meta products or even Tiktok, since its inception in 2006, the ‘blue app’ has built a reputation for attracting the world’s true decision makers-academics, leaders, celebrities, and businesspeople-along with an army of youth ready to take opinions from these ‘Influencers.’ During his presidency, Donald Trump elevated the Twitter phenomenon by inadvertently inventing what many now refer to as “twitter bureaucracy,” a situation in which significant political decisions are first revealed on Twitter. As it turned out, he later became a victim of Twitter’s power. Although it is unclear whether Trump will return to Musk’s platform, one thing is sure: Trump’s right-wing fans are pleased with the acquisition, especially since Elon Musk is thought to share some of their political ideas.

Elon Musk, a South African-born American technopreneur, is one of the most notable businessmen of the century. He progressed through the ranks of the US IT industry, disrupting numerous burgeoning technological sectors such as privatised space services and electric mobility. However, Elon Musk may not have had the media’s wholehearted approval. He has always been in the spotlight for his anti-establishment ideas; he dismisses the popular overpopulation theory, AI discourse and COVID jabs, and lately stated that Ukraine should abandon its west-backed conflict with Russia. He has an unpleasant family life with children from several women to whom he is not married. However, his distinct sense of humour, particularly on Twitter, has made him an icon to many young people around the world. So, what motivated someone like Elon Musk to invest in a platform like Twitter?

According to Elon Musk, in a tweet he posted after the deal was sealed, he acquired the platform because he believes it’s critical for the “future of civilisation to have a common digital town square, where a wide range of beliefs can be debated in a healthy manner, without resorting to violence”. He further noted that Twitter cannot become a ‘free-for-all hellspace’. Whatever that means… Although Elon Musk may be ushering in a new era of freedom, it is abundantly clear that he is not ushering in an era of unrestricted speech or a platform devoid of governmental oversight. In fact, he has vowed that the corporation will form a moderation council comprised of individuals with diverse viewpoints. But what exactly is diverse? One can assume that it refers to a moderation team made up of the two most common political ideologies in the United States, the right and the left, which Elon Musk wants to see well represented without violence. While this benefits the United States, it makes no difference to anyone who chooses to express ‘unpopular’ views that are not recognised by US law, to which Elon Musk and his company conform. So pro-family messages deemed anti-LGBT, pro-Palestine messages may be misconstrued as anti-Semitism, and so on, may not be welcomed.

By the way, it is equally inaccurate to suggest that nothing will change.  Indeed, some of these have been heavily talked about in the media. For example, the blue tick, formerly given freely to Twitter users deemed public figures, may now have to be purchased. Blue ticks have already challenged the notion of who is an “authoritative” source, and with it being billed, it means ‘influencership’ now comes at a cost, creating a sense of investment.

Elon Musk pledged to make Twitter a better advertising platform in one of his tweets. Nothing short of a businessman!  Despite his assertion that he did not purchase the platform to generate money, the truth is that he will, and the only way to do so is to convince advertisers. Already, social media advertising allows businesses to influence customer decision-making. It’s all about consumerism, which will only grow with Elon Musk’s more ‘welcoming’ platform.

Politically, Elon Musk’s deal may have generated questions about whether he will follow in the footsteps of Jack Dorsey, who practically ‘weaponised’ and joined anti-government groups, as witnessed in the instance of Nigeria’s #Endsars. Elon Musk’s Starlinks internet constellation has already made a mark in the Ukrainian war and has been a point of debate in the Iranian uprisings. What is unknown is whether Elon Musk will risk smuggling Starlinks installation to power Twitter protests in the future. These may seem like wild assumptions, but the recent romance between technology and politics raises concerns.

The fun part is that Elon Musk dubbed the “King of Memes,” may officially or informally popularise the use of memes, especially since he promised a Twitter where “comedies are allowed.” Memes are often harmless, but they have been proven to be profoundly flawed. They trivialise critical topics and provide opportunities to promote beliefs without careful consideration. Not to mention how it aids in the propagation of fake news. Meanwhile, many believe the ‘Dislike Button’ will arrive with Elon Musk as the new sheriff in town. That may be useful for downplaying the evils of individuals who push toxic views. However, when one considers the already prevalent cancel culture, what the dislike button may achieve is unthinkable.

Consequently, it’s worth emphasising that whether Elon Musk or someone else runs Twitter, not much will change. The fact that some of the company’s largest stockholders are Muslims is inconsequential. It wouldn’t matter how much Musk wanted to shake things up; he wouldn’t be able to do much. For instance, despite the controversy over the prevalence of bot Twitter accounts, Elon Musk does not appear to be actively discussing the issue again. Thus, Twitter will remain Twitter in the end. The service is typical of its media generation. Users of these sites feel ‘liberated’ as they create their content from the comfort of their homes, despite being mere consumers. The ditch, unfortunately, swallows everyone up.

Etiketler : Is there a big deal in Elon Musk’s Twitter deal?
Önceki Haber