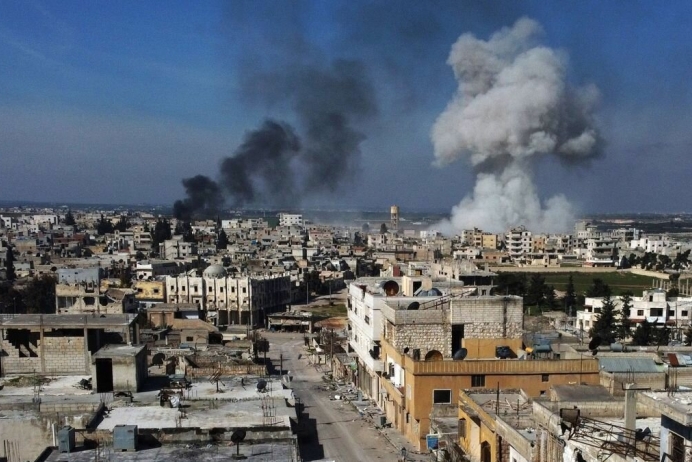 Ecstasy and anxiety both fill the Arabian gulf and, in fact, the world entirely as the world’s biggest sport event is set to take place in a country bereaved of both space and climate deserving of the host. But the biggest concern about Qatar 2022 is probably not the state being of just a population of 2 million people in an area covering 11,581km². There have been drastic measures to make this FIFA edition as compact as it could be, including the novel idea of stadium 974, a temporary venue made from 974 recycled shipping containers. Neither is it the weather conditions in which temperature may be around 40⁰C. The state has promised a befitting artificial cooling system. The biggest concern about the success of the 2022 world cup would be the management of civilisation clashes between the host and the participating stakeholders.

It is not oblivious that the country’s legal system is, to a large extent, based on Islamic law. Even though FIFA has an inclusion policy of accommodating everyone and every nation with their personal and national choices, Qatar’s legal system restricts human excesses of freedom of expression and protest against nature. Indeed, football is simply a game, and a harmless one at that, but the World Cup is accompanied by many ideology-ladened campaigns and liberal festivity culture.

First, the alcohol laws which prohibit public consumption of alcohol are very much active in the country. In fact, this was the first contention in the football world when Qatar submitted their bid to host the FIFA World Cup. Having been challenged on this legal practice, the organising committee has come up with ‘sobering up zones’ where world cup guests may visit to consume alcohol and shall not be allowed to leave till the consumers become sober. This would undoubtedly have consequences on the region as that may be the reference point for future agitation on alcohol freedom.

Secondly, and a much recent discourse, is the illegality of homosexuality and the allowance of the law for the possibility of imposing the death sentence for the crime of sodomy. With LGBTQ’s increasing propaganda and acceptance in some parts of the world, one could only wonder how Qatar plans to chart its course between her civilisation and members of the LGBTQ Community that would be coming for the event. Even though FIFA has warned teams to focus on football and not let the sport be dragged into ideological or political “battles”, it appears that itself has given room to it issuing ‘love’ captain arnbands to support the LGBTQ movement. Of course, another episode of FIFA’s hypocrisy series. The Australian footballer gay, Josh Cavallo had sometimes expressed his fear to be present in Qatar for the tournament. Still, Nasser Al-Khater, head of the tournament’s organising committee, had allayed his fear, saying he is ‘welcome in Qatar’. Although LGBTQ members can theoretically participate in football competitions, it has been observed that LGBTQ propaganda with football may be overlooked at FIFA2022. One could only wonder what becomes of the homosexual law of the land between 20 November to 18 December, when the football tournament would be hosted.

Three is the introduction of women referees as umpires of some of the matches. Stéphanie Frappant (France), Salima Mukansanga (Rwanda) and Yoshimi Yamashita (Japan) shall be making history as the first set of female referees in a FIFA men’s world cup. This initiative is probably not as strange as the fact that it is happening in Qatar, a supposed Shariah practising State. One of the characteristics of Shariah law is its protection of women and regulation of their conduct in public spaces.

By and large, the contemporary practice of Shariah in practising States is often cropped, so Qatar’s reforms are no novelty. But with her hosting of the 2022 world cup, the state is at higher risk of losing elements of her civilisation identity. By placing Shariah on holiday for the event, it would not be surprising if some compromises refuse to evade.

Even after all the compromises Qatar is making, it clearly isn’t getting the liberal world’s nod. Sheikh Tamim of Qatar recently spoke of an “unprecedented campaign no host country has ever faced.” Former FIFA president Sepp Blatter was quoted as saying it was a mistake to choose Qatar as the host country, citing concerns over those things we consider a “clash of civilisations.” Perhaps the situation is best understood in the context of the verse, ‘And never will the Jews and the Christians approve of you until you follow their religion...’ (Baqarah 2:120).

Qatar has invested over two hundred billion dollars, the most of any World Cup host nation, to meet ‘standards.’ It intends to exploit this occasion to attract businesses and investors from across the world. Then again, with all these campaigns against Qatar, one wonders if investors will want to risk the notions of ‘political correctness.’ Thus, one may ask if Qatar is pursuing shadows at the expense of its culture. In fact, it is worth considering whether a bunch of economic investment is worth the social and cultural paradoxes.

Finally, it may be useful to recognise that Qatar is also availing the opportunity to introduce the world to its customs, tradition, culture, and values. Qatar has placed Quranic passages and Prophetic sayings on posters in various areas. In fact, one of the new stadiums, Al-Bayt, was inaugurated with a ceremony with hundreds of children huffaz rather than the customary performances. However, do these benefits outweigh the cultural damage that the entire world cup may cause? When Qatar promotes the World Cup with pop artists and female singers, will these Islamic traditions even be considered significant? There is a collision of civilisations at the conclusion. Perhaps, one that could have been avoided.

Etiketler : QATAR 2022; Is Qatar in the middle of a Civilisation Clash?
Önceki Haber