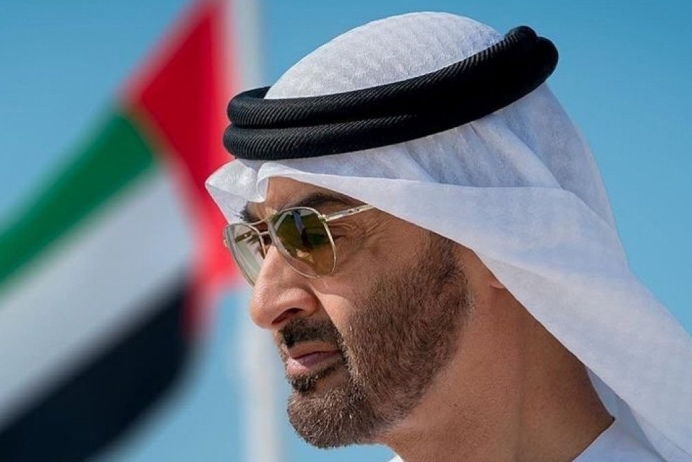 The Organization of the Petroleum Exporting Countries (OPEC) was founded on September 14, 1960, by Iran, Iraq, Kuwait, Syria, Saudi Arabia, and Venezuela with the goal of establishing a joint oil production and pricing policy. The organisation has been effective in solving the problems of its member countries, providing support to underdeveloped economies, and determining the amount of oil production and prices by providing oil policy unity. Qatar joined the organisation in 1961, Libya and Indonesia in 1962, Ecuador in 1963, the United Arab Emirates in 1967, Algeria in 1969, Nigeria in 1971, Gabon in 1975 and Angola in 2007. The union, which did not gain momentum until the 1970s, started to pursue nationalisation policies by liquidating the US companies that used to produce oil. Also, in this period, a new organisation, OAPEC (Organization of Arab Petroleum Exporting Countries), consisting of oil-producing and exporting Arab countries, was established upon the thought of using oil as a weapon against Israel’s attitude. When OPEC was founded, the organisation, which faced pressure from big oil companies, made a name for itself in the political and economic field with its oil policy. The dependence of OPEC countries on oil production decreased due to the industrialised west, suggesting different energy sources, primarily coal and nuclear energy. Besides, western countries gave importance to exploration and extraction activities in their own countries and took energy-saving measures for the energy demand. In the same period, due to the military conflicts between the countries that were members of the organisation and the decreasing demand from the west, there was a worldwide oil crisis between 1973-1980.

We now see that oil prices are continually fluctuating as a result of the oil market’s supply and demand imbalance and supply chain disruptions. As a result, the OPEC meeting in Vienna on October 5, 2022, voted to cut oil production by 2 million barrels in November. The general secretary of the organisation explained that the decision was taken to bring prices to acceptable levels in the oil market. However, USA’s reaction to this decision and the global market uncertainty, the world may be heading to a situation similar to the oil crisis that emerged in 1973. In this article, the establishment of OPEC, its expansion, and the rise and crisis periods of the organisation are reviewed step by step, and an analysis is made of the new oil crisis that may arise from the current turmoil.

As written in my previous article, there are basically two general reasons for the Oil Crisis that occurred in 1973. The first reason is the Arab-Israeli War that started in October 1973. The Arab countries reduced production with the oil embargo imposed on the pro-Israel countries. The second reason is OPEC’s decreased oil production and increased prices. During this time, OPEC countries began to seize control of all stages of oil production, from extraction to marketing, by acquiring oil production privileges from large oil companies. Oil-producing countries began to collect additional taxes on the oil sold by oil-extracting companies. At the end of the Arab-Israeli war that started in 1967, along with the use of oil by Arab countries as a weapon and the establishment of the OAPEC organisation by Arab countries, crude oil prices increased, and the nationalisation of some companies in Arab countries began. In 1973, with the revival of the Arab-Israeli war, the embargo imposed by the western states on OAPEC caused the oil prices to skyrocket. The rise in oil prices caused panic in Western Europe and Japan. Western European states began to pressure Israel to withdraw from areas it occupied. Even though it is pretty strange, England applied an arms embargo against Israel in this period, and Japan supported the Arabs. The increase in oil prices has led to a rise in the production prices of services and all other goods. With the stock market’s collapse in 1973-1974, the oil crisis became a new global economic crisis. The effects of the depression lasted almost until the 1980s. This crisis was quite severe, particularly in underdeveloped countries. As soon as the crisis was over, a new war, the Iran-Iraq war, erupted, and OPEC’s doom was observed again.

The Iran-Iraq between 1980 and 1988, known as the “First Gulf War” in the Arab World, caused the death of approximately one million people, the injury of two million people, property damage of 150 billion USD, and heavy destruction in both countries. The war, which started with the victories of Iraq, turned into a war of attrition with the resistance of Iran and ended without a winner. The industrialised countries of the world played a good game in this war. Both during the war and in the subsequent stages, Iraq was supported by other western countries, especially the USA and Europe, and Iran could never possess the critical oil points in Iraq. Other Arab countries also followed a biased policy towards Iraq because of their discomfort with Iran’s decisive role in the oil market. Due to these policies, OPEC’s share in the global oil market decreased from 50% to 30%. In this period, the price of oil per barrel first rose from 80 dollars to 120 dollars and then decreased to about 40 dollars. The main purpose of this war was to reduce the west’s dependence on oil extracted from Arab and Iranian geographies. Therefore, as soon as the war activity ended, oil prices came back to balance and showed a price change between 80-100 dollars. (http://www.macrotrends.net/).

The US occupation of Iraq was the period when oil prices reached their peak. The war movement started with an air attack on March 19, 2003, and continued with a land attack on March 20, 2003. As a result of the heavy losses the Iraqi security forces suffered under Saddam Hussein, the intervention was successful in about a month. As a result of the intervention, the US, UK, Australian and Polish soldiers, who were among the coalition forces, occupied Iraq (Wikipedia).

If we look at the world oil price changes over the years, with the effect of the US invasion of Iraq in 2003, oil prices reached their historical peak of 147 dollars. After this war, most of the oil-producing companies in Iraq were in the hands of western countries, and oil prices returned to balance. After 2003, oil prices decreased continuously until 2008, and the lowest price was about 40 dollars. Oil prices stabilised in 2009 and remained between $75 and $100 until 2016 (www.bbc.com).

A development that had a severe impact on oil prices in this period was Qatar’s departure from the OPEC organisation. In 2016, oil prices fell below $30, and hundreds of oil companies in the USA went bankrupt due to this decline. In 2018, oil prices rose to $80, and the United States became the world’s largest producer of crude oil. In November 2018, oil prices decreased by 30% again due to excessively high supply in the global markets. As a result of these developments, Qatar announced on January 1, 2019, that it would be removed from the OPEC organisation. Qatar stated some crucial reasons, such as countries have to sell the oil they produce at different prices from each other in order to balance their domestic budgets. Looking at the current oil prices, we can see that each country’s oil price per barrel differs. In this period, Qatar sold oil at $44.5 to balance its budget. In other words, Qatar could sell oil at a very low price then, which was advantageous. In addition, Qatar wanted to increase its liquefied gas production from 77 million tons to 110 million tons. In addition, Qatar was already the world’s largest liquefied gas supplier, producing 30% of the total. Unlike other countries, Qatar was in a very advantageous situation and decided to leave the organisation. The fluctuations in oil prices after 2019 first came into question when Covid first emerged, and immediately afterwards, as a result of the embargoes imposed on Russia during the Russia-Ukraine war in 2022.

As mentioned above, world oil prices are constantly changing. As a result of war, crisis or any global development, oil prices have increased or decreased continuously. As it is known, oil is the most used resource in industrial and agricultural production. With the rise in oil prices, the prices of all goods naturally increase. If oil price increases are not resolved in the short term, the world may plunge into a new global economic crisis. In retrospect, there is more than one example available. In the last few months, there has been an increase in oil prices again due to the imbalance of oil supply and demand and supply chain disorder in the world. In addition, with the new decision of OPEC, the oil production cut to be experienced as of November is waiting for us. If producers reduce Oil production, oil prices will increase (the supply-demand relationship is in question). To be realistic, the OPEC organisation has been a failed cartel since its inception. It was established in order to have the power to determine oil production amount and oil price at the time. Some member countries, which are in an unsound relationship within the organisation, try to prioritise their own individual interests within a cartel structure that is not very strong. When the inside of an organisation is not strong, external forces can easily take over or manipulate it from the outside.

For those who say that OPEC has reacted strongly to the new decision in Washington and Joe Biden has failed to meet with Saudi Arabia, I would recommend re-reading the history of OPEC, which we examined above. You shall realise that after every move of OPEC, the USA won. There is hardly a global development without the knowledge of the USA. Although OPEC is an eagle organisation established by oil-producing countries, it is clear that it is an organisation that is manipulated and managed from the outside. The real problem is that there will be fluctuations in oil prices again soon, and these fluctuations will negatively affect every production. We, as consumers, will soon see prices increase in parallel with the increase in oil prices.