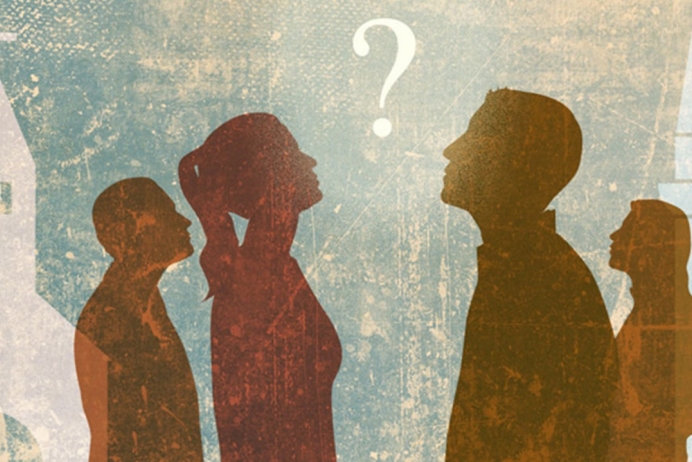 Last year, the Taliban took control of Afghanistan, which had been occupied by the US and its allies under the guise of combating the Taliban. This time, it appears the Taliban earned administration on a gold platter, implying that they may have made some deals with the west. They may have promised not to cause any problems regarding their regional interests. And that looks to be the case today.

For starters, Taliban denotes the meaning of a "student movement". When the Russians invaded Afghanistan in 1979, some people started to open a madrasah in the Peshawar region of Pakistan and train students and have nothing to do with the war. While the number of these madrasas was 300 before the war, it increased to 6000 during the war. When the Russians were expelled from Afghanistan, the allied Mujahideen formed a state, and during this period, the students, who were studying, suddenly took up arms and took over Afghanistan. The USA and its allies, who wanted to seize Afghanistan's natural resources under the pretext of September 11, 2001, invaded Afghanistan. Then, the Taliban continued to exist for a while in opposition to the newly established government of the USA and its allies. Due to the Afghan government's failure to follow Western directives, they were made easy targets. Given that imperialists have no partners and just pursue their own goals, they work with everyone regardless of their beliefs.

China begins to pose a threat to Western imperialism, especially the USA, after the 2010s because it expands its influence in Africa and Asia. Thus, making the future a bit blurry for the west in these locations. The US and UK bloc decide to take care of China's threats by isolating China. The USA diverted some of China's trade to countries such as Brazil, Argentina and Turkey, leading China to an economic crisis. At the same time, it influenced the change in governments of countries connected with China from Central Asian and Southeast Asian countries, Such as Pakistan, Myanmar, and Kazakhstan. The reflections of this begin in China, the ever-growing Chinese economy is going into decline. The years 2021 and 2022 are years of economic distress.

Why the Taliban? Why Afghanistan? According to the CIA's China report in 2017, controlling China is necessary to preserve Western hegemony. For this reason, regular armies cannot contain China. The reckless people who have fought before should be used against China. For this, the CIA used naive people who were described as jihadists but used for the west's interests. After this report, the USA and its allies first met with the Taliban in Doha, Qatar. Then, we see the Taliban take over Afghanistan. It was not enough for the Taliban to come to power because they were facing the world's most populous country, with military investments (1 billion 420 million dollars) and one of the countries with the highest military expenditures in the world (229 billion dollars). There was still more to be done.

1. Sincere but deceived Muslims from all over the world should be brought here. For this reason, the Taliban should be shown as the enemy of the USA, it should be shown as the place where Islam is lived, and people who are naive and fed up with the cruelty and fickle environment of the west in the world, who are easy-going and not capable of invitation, should be directed to Afghanistan. I was discussing with an Afghan student from Afghanistan in September who told me how clean (!) people come to Afghanistan from many different countries. He said that he met someone who came from Turkey and said that that person came to live in Islam better with his family and children. Just as people migrated to Syria in the 2010s for holidays, to learn Arabic, and for their children to live in Islam.

2. Refugees from different countries cannot return to their country; political and social pressures should be increased on these refugees who left their country for political and social reasons. People will have to go to Afghanistan because they have no place to go. If the Taliban soon becomes precisely what the west wants, it will open its mouth and pay those who join the Taliban, as in Syria, and those who go to Afghanistan will go because they will win both their world and their afterlife.

3. The members of the group in Syria, and Iraq, who have gained ten years of war experience killing each other, have no place to go, were brought to Syria by imperialist countries and are not wanted to return to their countries, will be forced to go to Afghanistan. Indeed, the United States and its allies.

They say that Syria now has territorial integrity and that everything possible must be done to ensure this. On the other hand, the An-Nusra organisation in Syria states that the organisation's members coming from other countries should leave Syria as soon as possible. Especially in the north and west of Syria, An-Nusra took many regions from the FSA in September 2022. An-Nusra will continue to advance, and the trapped organisation members will be transported to Afghanistan by air by the USA and its allies.

The 10-year turmoil in Syria will gradually subside, and cruel Assad will achieve his goal. Muslims will lose. But Israel, the west, and subcontractors belonging to the leftover religions from the pre-Islamic period will have taken revenge on Islam and Muslims and will continue to do so. New chaos awaits Afghanistan. Soon there may be a proxy war against China in Central Asian countries. Neither countries, Muslim peoples, nor China will win in this war. I hope China, which commits genocide against people in Turkestan, and Western countries that exploit the world, lose in this war, and Muslims win. But that's the west's account. God's account is different. If we Muslims honestly believe in Allah and His Messenger and live as we think, then the situation will change. Allah also makes Islam prevail at the hands of the oppressors. If we walk towards Allah, Allah will come to us running as long as we try to live Islam and follow the sunnah of His Messenger.

Western imperialist countries should not use Muslims. The use of naive and deceived Muslims must be stopped immediately. It is urgently necessary to prevent them from vilifying Islam through the organisations they have established. It is necessary to prevent the killing of people for the benefit of the west. A person's life is vital. Muslims' property, life, honour, homeland, mind and religion are in danger. They are left at the mercy of the kuffar. Our human characteristics should not be left to the mercy of the disbeliever.

Unbelievers will continue to use us after we do not move from imitation to authentic faith. If our Islamic knowledge is lacking, if we do not know all Islamic sciences, we should follow scholars in fiqh. Today, with the influence of the media, the media directs the Muslims who learn about Islam. The media is generally in the hands of Western imperialists. When we share an article or image against their interests, it is deleted immediately. The Muslims who learn their religion from the media in the hands of the global capital will be directed by the global capital and will use it as it wishes. While Daesh was established and people were brought to Syria, media contact was established, and these contacts were established by agents who knew Islam. They were brought to Syria through intelligence, and many were killed there.

Islam is a religion that came for peace. Therefore, a system that protects Muslims' rights should be urgently established. Let us Muslims believe again. Let's turn our faith into action. Let's work day and night for the happiness of humanity. Countries whose people are Muslim should leave the unions, such as the UN, which considers the interests of imperialism, and establish structures that protect the rights of Muslims. We must know the tricks of the imperialists and Zionists on Muslims and install a system that will protect their property, life, honour, minds and generations.