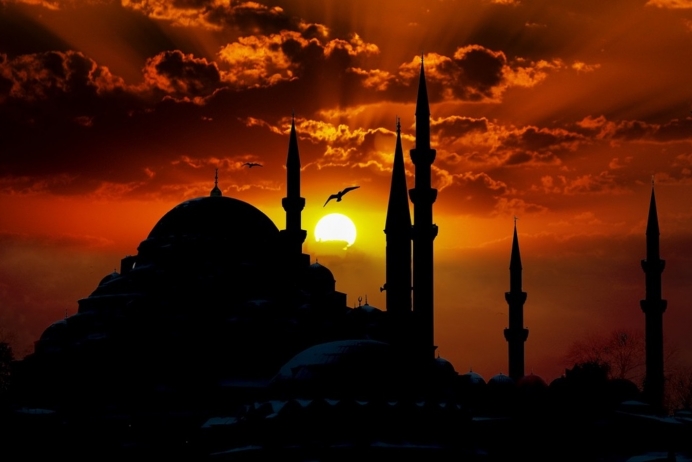 Since September 2022, Iran has been mired in a variety of crises. We can see that the explanation isn’t only the impact of foreign powers, as the Iranian leadership asserts, but rather practices in internal politics. To be more exact, the event that occurred on September 30, 2022, in the southeastern territory of Pakistan and Afghanistan, which included the provinces of Sistan and Baluchistan, was entirely caused by internal system faults.

In the police station of Chobahar city in Sistan Balochistan province, the chief of police is being accused of raping a 15-year-old girl after calling her to the police station as an eyewitness to a murder case. Even after such disgraceful accusations, there was no investigation conducted by the central administration which gathered the attention of the masses and then started the protests, which led to some horrible events. During these events, the administration handling this situation smoothly in the western region of the country began to take harsh measures in the province of Baluchistan, including firing at the masses using snipers. A nation using real arms against its people for protesting in a nonviolent manner does make one think about what is really happening. None of these events should even be happening in the communities of the western imperialists and colonizers, not to talk of a nation that claims to be Islamic. The aftermath of rape, police chief, no investigation, and using real arms against protestors and snipers adds up to the death of 27 people and injury of hundreds. Because of all the tears and bloodshed caused on that day, Balochs named the Friday of September 30 “Blood Friday”. The protests continue to happen in the region on the following Fridays. Until November, the number of people killed in the region for protesting has reached a hundred and the people injured are approximately a thousand. This isn’t the first mistake of the Iranian administration in Balochistan, and it isn’t going to be the last one, either.

Balochistan is a region where the Iranian regime has always taken harsh measures. But why? There are several reasons, such as the Balochis are of the Sunni sect, they are not of Persian origin, the people are poor, only small investments are implemented in the region and the people there mainly rely on illegal activities like smuggling and heroin trade for their livelihood. It seems the events in Baluchistan are problematic from every point of view. When the border between Afghanistan and Pakistan was drawn, the Balochis were divided into three parts. There is a deep connection among the Balochis because of the tribal lifestyle, which makes it difficult for the country to take control over them. The European nations that have ties with these three countries neither help these countries in creating a solution on a local level nor do they create an environment where the people can come closer to the administration and can discuss a solution. The British who designed these borders were aware of what would happen. One might say that they are social engineers. They made three neighbouring countries and a nation of people enemies. They create chaos as they see fit. The administrators of countries are led to think that they are the ones implementing the policies, but in reality, all of it is the work of western agents who have both the administration and the opposing parties in their pockets.

The marginalization of the regional people by the Iranian government might be caused by the policies implemented by the people that were raised inside the western education system or the apostates in Iran (Majusi and Persian Jews: these are the people who seem like they are Shia supporters but are the ones steering the ship.) or by the directly involving the agents of foreign countries. The development of this region is the main factor in the development of Iran itself. The people who want this region’s people to be marginalized are the same western people who drew the world map as they liked and colonized the whole world.

The government of Iran, if it wants to call itself an Islamic nation, should follow the rules and regulations of Islam. While the name is an Islamic state, it doesn’t even fulfil one of the essential things in Islam: honour, which is one of the five characteristics that make us human. Even the topmost rulers of the country are degrading their honours. When they are murdering the people searching for justice and only want to make their problems heard, it has absolutely nothing to do with Islam. It doesn’t even have any humane basis, for that matter. The ones implementing these measures want to put Iran in a miserable situation and divide it. For starters, Iran needs to consider how to be a country and develop the required policies to resolve the issues. Being a UN member is in itself a meaningless act as both internal and external policy. Wanting to be ruled by the imperialist… UN means surrendering to a gang of the FIVE.

We can take a cue from the Ottoman empire, which in its rule of 600 years, could ensure justice. This was the advice given to the founder of the Ottoman Empire, Osman, by Shaykh Edebali: “My son, from now on, leave the dividing to others and focus yourself on uniting. My son, you are indeed strong, smart and eloquent in speech, but if you don’t use them in the right place at the right time, you will be blown away by the first wind of dawn. Your anger and soul will ally against you and take over your mind. You must always be patient and persistent and control your will. Let the people live in their lore. Don’t turn your back on them; always respect their presence. This is the wisdom that governs a nation and keeps it alive.” These things can elevate Iran to a governing state rather than the Zionists hiding beneath the bureaucracy of the UN, Shanghai, France, and elite Jews.

Although Iran states that these events happened after an armed attack by a regional radical group called Jaishul ADL, Zahidan, the chief mufti of Baluchistan, in an open statement, said that there is no relation whatsoever between the armed group and these events. He also said there was a civil protest, but when they started firing at the civilians, the events escalated to what it is now. Shaykh Abdulhamid Zahidan’s speech on Friday asked that the needs of the public should be heard and there should be an investigation into the rape case. In Iran,  from time to time, sectarian and racial thoughts are excluded, and constructive studies are held. However, we see more clearly with these events that non-Islamic structures embedded in the system do not allow this. Because in Iran, 9-14 October is implemented as the Week of Unity. But the influence of Isfahan Jews, who have infiltrated the Iranian regime, does not allow this. And the reason why Sunni scholar Abdulhamid İsmail Zahidan did not attend the celebration activities of this year’s Week of  Unity was the September 30 events. He said that there is no meaning to celebrating such an event.

Although the Iranian Ministry of Internal Affairs stated that an investigation was launched in Baluchistan for the rape case, the public isn’t still satisfied. Because the police are arresting those, who participated in the demonstrations, the fact that these events are not the first, the arresting of protestors are continuing, the regime’s had reactions to similar events likewise before, and the monitoring of events from outside makes us come to a conclusion: these events are not going to end. Baloch people living in Pakistan and Afghanistan also feel disturbed and agitated, and the region has become a hot zone. While 5% of the Iranian population lives in the Baluchistan Sistan region, 19% of the executions in Iran take place in Baluchistan. Although the reasons for this are, of course, pervert of the area, smuggling and ethnic and sectarian practices of the regime, the influence of nationalist movements in Baluchistan cannot be ignored. The unfair practices in the region led to a lot of wrongs following it. Baloch nationalism has also brought out armed groups supported by different countries. Baluch nationalists state that the Balochs are not of Persian or Aryan race but are of a noble origin. This makes it easier for the Saudi, US and Pakistani governments to operate in the region.

During the recent events, US President Biden openly stated that he supported the events in the west of Iran and especially emphasized that the Iranian people will establish their administration after 43 years. And the Iranian administration stated that Britain supported the events. All these events in Iran show us that foreign powers escalate the situations and that while escalating these events, different groups in different regions can unite under the same movement. In the meantime, various problems are arising in various areas of Iran. The connection between them is that all of these result from the mis-implementation of the Iranian administration. And this all helps the US, the UN’s leading actor, which Iran is a part of. The internal agencies conduct operations using sensitive information of people. The reason behind all of these current events and resistance from Iran against the orders of global imperialism led by the US is that Iran is not working besides the US but instead chose to work with the help of France and China. Iran needs to see open its eyes and understand what is happening.   In Iraq, Syria, Yemen, Libya and Egypt, Iran stood behind the imperialists, working against the people and creating sectarian and ethnic clashes. Suppose Iran comes to understand that whatever you do for the non-believers, they will never be pleased and started to think about the interest of Muslims. In that case, there won’t be any problem left in Baluchistan or any other region for that matter. As the late Necmettin Erbakan said, Iranian rulers should accept it and say: “I would not even consider exchanging the whole world for a drop of Muslim blood.”

Iran lies at a strategic point, but Balochistan is at an even more strategic point. Especially if Iran, which sided with France in the England-France war, changes its side, it will benefit the British and the US block. For this, the events in Iran need to be stirred, Balochistan needs to be disoriented, and Iran needs to stand with the US against China and help the Taliban in Afghanistan to put pressure on the Chinese administration. Therefore, Iran will be invaded from all sides. A relationship with both sides drowned in filth. Is it going to be China or the US or France or Britain? Both of them are foreign to us, and we to them. We Muslims are in the middle. Whoever wins in this fight, if we, as Muslims, don’t, then we are the losers. Because the only way injustice ends is “When the right has prevailed”.